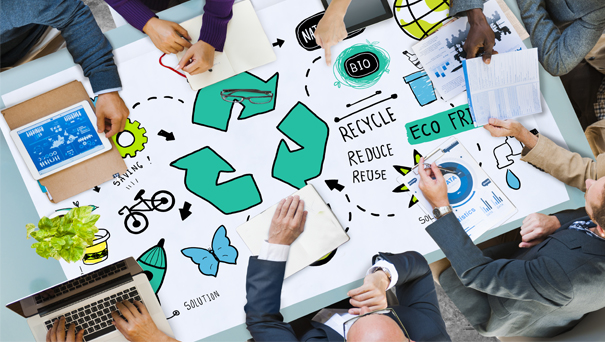 UPDATED ON 12/12/17 to include a column by the researchers in The Conversation.

On the face of it, Bill McKibben’s effort through 350.org to have universities divest fossil fuel assets had limited success. Only a handful of institutions pledged to divest and it didn’t affect the stocks of fossil fuel companies.

But a new study by Michigan Ross Professor Andy Hoffman and Todd Schifeling of Temple University’s Fox School of Business (and former post-doc with the Erb and Graham Institutes) shows McKibben’s activism might have been successful in another way. Their analysis of media coverage of climate change during the 350.org effort shows that it influenced the public debate.

Ideas that were once on the margins became more mainstream, due to what’s known as the “radical flank effect.” That is, when there are two entrenched sides on an issue, the appearance of a new idea perceived as more extreme can move previously marginalized ideas to the center.

“A lot of people said that what McKibben did was a waste of time,” says Hoffman, Holcim (US), Inc. Professor of Sustainable Enterprise and professor of management and organizations. “But he had a tremendous effect on the climate change debate in this country and still does.”

Hoffman and Schifeling examined 300 newspapers from 2011 to 2015, which totalled about 42,000 articles. Using text analysis, they created a network map of key actors and issues and examined the changes over that time.

They found that certain liberal issues that were considered marginal — in particular a carbon tax, severe weather, and carbon pollution — moved toward the center of the network map over time, indicating more mainstream press coverage. The scores on their scale for traditionally liberal climate change issues grew 97 percent on average. The carbon tax score increased 134 percent on average.

Adding the divestment idea to a polarized debate drew greater attention to other liberal ideas. It also drew more attention to financially themed issues such as stranded assets and unburnable carbon. Those are still considered more radical ideas but they, like McKibben, adopted the language of financial risk.

“When McKibben’s ideas were discussed in news outlets, it took these previously marginal issues and made them mainstream,” says Hoffman. “Before that few journalists were writing about issues such as stranded assets or cap-and-trade. They had limited appeal. But the introduction of the divestment issue brought attention to these other economic policy instruments.”

Their findings suggest that activists waging what look like uphill battles can have a significant effect on public discourse and perception.

“We see that radical actors within a movement can shift the entire ecology of a debate, so I think we need to pay more attention to the indirect effects of these activists,” he says.

Their paper, “Bill McKibben’s Influence on U.S. Climate Change Discourse: Shifting Field-Level Debates through Radical Flank Effects,” will be published in a future edition of the journal Organization & Environment.

READ ARTICLE BY THE PROFESSORS IN THE CONVERSATION