The Sense(s) and Sensibilities of Marketing

ANN ARBOR, Mich. -- The modern consumer faces a marketplace jammed with hundreds of thousands of products. Companies bombard the buyer from every angle in an effort to stand out, capture market share, and establish brand loyalty. Efforts range from the traditional to the viral to the outrageous.

But what do people even remember? What do they respond to? "A sensory signature," says Aradhna Krishna, Dwight F. Benton Professor of Marketing at Michigan Ross. Appealing to the consumer's multiple senses, including touch, taste, smell, sight, and sound, can help establish a deep sense of brand loyalty that resonates long after the marketing message has been sent, Krishna says. A few iconic brands have been at it a while: Think Tiffany, and a palette of pale turquoise comes to mind. Think NBC, and you hear a distinctive chime. More recently, Apple cut right to the sensory chase, naming its product the iPod Touch. In the book Sensory Marketing: Research on the Sensuality of Products, Krishna has compiled the first volume of cutting-edge research that brings together the field's core pioneers.

"Researchers had been working in isolation on different senses," she says. "I thought there should be a field of sensory marketing that included all of those elements."

In 2008, many of those researchers attended the first sensory marketing conference held at Michigan Ross, organized by Krishna. In the following Q&A she explains how business can begin to capitalize on sensory marketing strategies to build better relationships with customers.

Krishna: In the 1970s, people talked a lot about branding as being the most important product differentiator. Firms realized that brands could command a premium, and the marketing focus shifted to creating brand names. One memorable example is Levi's. Everybody wanted to wear Levi's because of the brand recognition. Sensory marketing is more subconscious. All of your senses are responding to a stimulus. Take the case of Playdough. You smell it and immediately feel an attachment. Many of your childhood memories are evoked and you feel very close to the brand. You are responding in a very automatic, subconscious way. In that sense, the brand is able to build a better relationship with the consumer by using a particular sense. Sensory marketing will persist since senses can affect the marketing of products in many ways. For instance, sense can be used as a symbol or signature (Tiffany's blue), for arousal (when artificial smells are sprayed in cookie and pizza stores; or when Abercrombie & Fitch plays loud music to attract teenage customers), or even for making an invisible product visible (such as the Intel Pentium chip with its signature sound). In fact, sensory aspects of products affect us in ways we had never imagined.

Why haven't the sensory aspects of products been emphasized as much in the past?

Krishna: I think people were overly focused on the visual aspects of products. People somehow ignored the other aspects. No one had thought consciously about sensory marketing. People were being impacted by other senses then, but brands were not doing enough in terms of creating the brand, the packaging, the advertising, etc., to really engage all the consumers' senses. But certain things were being done, just without conscious knowledge of it. For example, perfume bottles have been elaborate for a long time, and people's desire for the perfume was affected as much by the bottle as by the perfume itself. Another example of early sensory marketing is the NBC logo. When you hear those three notes of NBC, you instantly recognize it. That chime was created in the 1930s. But now we are saying, "Wow, that's such a memorable sound. Look what sound is doing for NBC. Maybe with our product, we should also create a logo with such a sound." But that kind of recognition wasn't there before. People are starting to engage the senses more consciously now.

What tips do you have for a company with a new product that wants to take some first steps towards marketing more sensorially?

Krishna: They've got to really try to understand their product and their marketing efforts. They should ask themselves, "Which senses am I engaging by all my marketing efforts? Can it be done any differently? Can I somehow engage the consumers' auditory sense? Can this product be made more engaging from an olfactory perspective?" You've got to really look at every aspect of your product, along with the packaging and the advertising, and then assess how it can be made more sensorially engaging.

How can firms keep the senses in mind when creating a new product?

Krishna: I would like to give the example of the iPod Touch. I think it's a brilliant effort because just by calling it "Touch," they've already started marketing it sensorially. In all their advertising, they keep emphasizing the touch element. The important lesson from iPod Touch is how Apple has managed to direct attention to the touch element of the product in such a way that it creates an emotional connection with the consumer. The product is so sensorially engaging that it is no longer just an MP3 player but more like a cherished pet. In fact, iPod Touch owners may wince if I call it a gadget, since they think of it as much more than a gadget. With iPod Touch, the name itself clearly emphasizes touch, but Apple has also very cleverly utilized the good feelings that go with touch in their product descriptions. For instance, in describing their design, they say "… iPod Touch feels even better in your hand"; when describing the mobile games, they state "… iPod Touch puts an amazing gaming experience in the palm of your hand." The ads imply that the touch of the user's finger is very powerful -- with a single touch, the user can access the Internet, look at a map, order dinner, and do a plethora of other things. Apple has used "touch," beyond the physical property of touch, to create stronger emotional attachments, build a closer relationship with the consumer, and generally make the product more exciting.

How can marketers avoid overstimulating consumers? Do products have to use a specified sense in marketing efforts (e.g., taste marketing can only be used for food products)?

Krishna: One concern is overstimulation from one product, and another concern is overstimulation from the environment. You are already overstimulated from the environment. You constantly hear different sounds, smell different smells, etc. Marketers have to figure out how they can stand out. From a product perspective, there should be one or two senses that a product is better-known for. You can explore all the sensory aspects, but there are many senses you can't engage anyway. For example, most of the time, you can only engage the taste sense if in fact it's a food item. But there are some exceptions. For example, some commercials for Axe deodorant show a man made of chocolate. When they show the chocolate man, they're trying to engage the taste sense, even though you can't eat the product. So you can engage a sense even if you don't have it within the product itself. You have to pick the senses that are more appropriate for your product. But then again, sometimes you can take the senses that are inappropriate just to stand out. It just depends on the product.

Different cultures have different associations with certain smells, tastes, etc. How can marketers be sensitive to cultural differences?

Krishna: Culture plays a huge role in sensory perception, especially our sense of smell. Your likes and dislikes of certain smells are totally dependent on what you were exposed to in your cultural setting. For example, there's a fruit called the durian. It has a very unique and strong smell, similar to a strong Camembert. For some people, the smell is extremely unpleasant. In fact, it is considered so disgusting in some places that it is not allowed in air-conditioned buildings or on airplanes. However, other people love the smell of durian because they've grown up eating it and loving its taste. So, it depends on the culture. Similarly, the smells associated with certain occasions and moods vary by culture as well. Certain flowers may evoke associations of funerals in one culture, but happy celebrations in another. Another example is menthol. The smell of menthol is considered fresh here, but in the U.K., it's a medicinal smell. Marketers need to be aware of those differences.

What piece of research was most intriguing for you when editing the book?

Krishna: The creation of the field was the most exciting part for me. Within academia, researchers had been working in isolation on different senses. Some people were doing research in smell, some in vision, etc. I thought that there should be a field of sensory marketing that included all of those elements. It really wasn't present before. Now there's this established field within academia of sensory marketing. I organized a conference on it to bring together all these marketing researchers along with cognitive psychologists and neurologists who worked in different senses The book followed the conference -- many people from the conference contributed to the book, so that we have we have a very good overview of all the research that has been done in every sense that is pertinent to marketing.

Where do you see the field going next?

Krishna: I see business practitioners really picking up on sensory marketing in the U.S. I get calls from companies and consultants all the time. The field is at a more advanced stage in Western Europe, especially the U.K., France, and Italy. It also has excited the public in Europe. For instance, the BBC is working on a sensory marketing series as is a Dutch TV station. Business schools will soon follow this trend. Luckily, Ross is ahead of the game. Right now, we are the only business school that offers a sensory marketing course. In the future, there will be many more sensory marketing courses offered in business schools. What do business practitioners have to gain from employing different aspects of sensory marketing? Krishna: They can make their product stand out. The product will be more appealing to consumers. You make your product more sensorially engaging, you attract more people, and you keep them loyal to your brand. Once a consumer gets attached to a particular sensory aspect of a product, they'll be less likely to give it up. 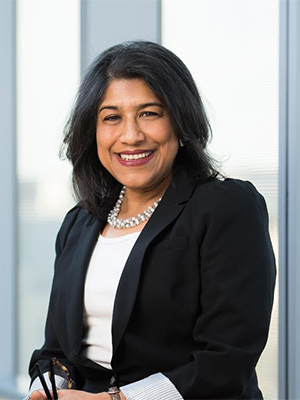 Sep 18, 2020
Wide Variety of Symbols Communicate the Message of Social Distancing
Jul 7, 2020
How Did 'White' Become a Metaphor for All Things Good?
Mar 18, 2020
LISTEN: Shedding Light on Consumer Behavior During a Pandemic
END_OF_DOCUMENT_TOKEN_TO_BE_REPLACED