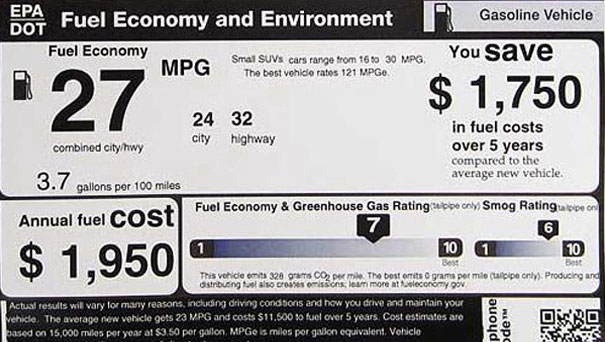 Is a new window sticker aimed at clarifying a car’s fuel efficiency having unintended effects?

“The issue is how the scale is presented to people and how they interpret that,” says Burson. “There are different ways to express it, and the obvious choice might not always be the optimal one if you’re trying to encourage people to buy more fuel-efficient vehicles.”

The longstanding miles per gallon rating is familiar but widely misinterpreted. Because it’s not a linear scale, people tend to underestimate the fuel efficiency benefits on guzzlers like SUVs and overestimate them on smaller, fuel-sipping cars. For example, the efficiency gain between 10 mpg and 15 mpg is much greater than between 40 mpg and 45 mpg.

To combat that, regulators added a new scale to the sticker — gallons per 100 miles — in January 2014. This is a linear scale and gives the consumer another way to interpret the same information.

The authors ran choice experiments using a conjoint model with 2,119 consumers interested in buying an SUV.

The problem appears to be the size of the numbers. A miles per gallon scale of 27 vs. 20 looks like a more obvious improvement than 3.7 gallons per 100 miles vs. 4.8.

“The difference looks smaller with the gallon per 100 miles scale, even though it’s the exact same information,” said Aribarg, professor of marketing. “So it has this unintended, perverse effect. People stop chasing the fuel-efficient car.”

In another experiment, the authors tweaked the scale to gallons per 10,000 miles, a number that approximates miles driven in a year.

The larger numbers appeared to have an effect — consumers made more fuel-efficient choices when gallons per 10,000 miles was emphasized.

The authors suggest changing the Monroney sticker to reflect gallons per 10,000 miles, or removing miles per gallon so it doesn’t dwarf the gallons per 100 miles numbers.

“What we don’t want is for companies to change their strategy because consumers are misinterpreting the label and making it appear they don’t care about fuel efficiency,” Burson says. “We used a conjoint analysis because it shows how people make choices, not what they self-report. We know we can get them to make more fuel-efficient choices based on how numbers are scaled.” 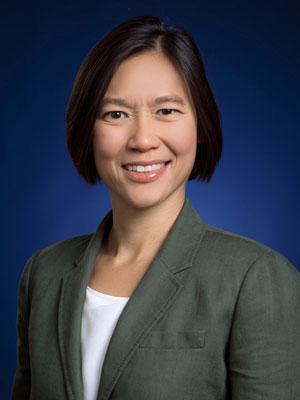 Feb 26, 2020
Do Native Ads Work Better Than Traditional Online Ads? It Depends On What You're Looking For
Jun 26, 2015
Sticky Issue with Numbers Fuels Gas Mileage Confusion