Think You're Better Than Average?

ANN ARBOR, Mich. — Problems can arise in business organizations when decision-makers have inaccurate perceptions of their own abilities, says a Michigan Ross professor.

Such perceptions are experienced subjectively as social comparisons with the abilities of other people, i.e., "better than average" effects, or on an individual level as judgmental feelings of confidence, says Katherine Burson, assistant professor of marketing at Michigan Ross. And the misperception of ability—high or low—may lead to unwise decisions.

"Inflated social comparisons may lead people to resent their lack of recognition in an organization, prompting withdrawal behavior or possibly even exit," Burson said. "Inappropriately low perceptions of relative standing may lead employees to mistakenly reduce their efforts, if they think they cannot compete successfully with co-workers on dimensions being evaluated. By the same token, confidence that is unrealistically optimistic may lead decision-makers to take on inappropriately difficult projects, whereas confidence that is unrealistically pessimistic may lead to missed project and promotion opportunities."

In an article in Organizational Behavior and Human Decision Processes, Burson and co-authors Richard Larrick and Jack Soll of Duke University report that the "better than average" effect and overconfidence are frequently related and move up or down in tandem. However, they also identify situations when varying task difficulty has opposite effects on each bias, causing one to go up while the other goes down.

To discover when and why this reversal occurs, the researchers conducted two studies, one with 35 U-M students and another with 40 University of Chicago students. The participants were given a set of 100 questions, consisting of five topical areas, or domains, with 20 questions each. The 20 domain questions in turn were divided into hard and easy subdomains of 10 questions each. The students were asked to estimate the probability that their answer on a particular question was correct, and, after completing all 10 subdomain items, they were asked to estimate their percentile of performance compared to all the other students taking part in the study.

Each participant's average confidence across the 10 items was then compared to the proportion of his/her correct answers for those 10 items to measure under-/overconfidence. Perceived percentile and overconfidence within a subdomain constituted the two main measures of biases.

In their analysis, Burson and colleagues found that the "better than average" effect (measured as perceived percentile) significantly predicts overconfidence. However, they also demonstrate that this positive relationship can be reversed when the degree of task difficulty is manipulated within a domain. Their results show that, compared to hard tasks, easy tasks increase perceived percentile, confidence and accuracy. Thus, the difference in accuracy between hard and easy tasks is greater than the difference in mean confidence. Consequently, participants show less overconfidence on easy tasks because they do better and thereby bring their actual performance closer to their perception of performance.

"The two biases are in fact positively related because they share a common psychological basis in subjective feelings of competence, but the hard-easy reversal is both possible and necessary under certain conditions," Burson said. Their article is entitled "Social Comparison and Confidence: When Thinking You're Better than Average Predicts Overconfidence (and When it Does Not)." 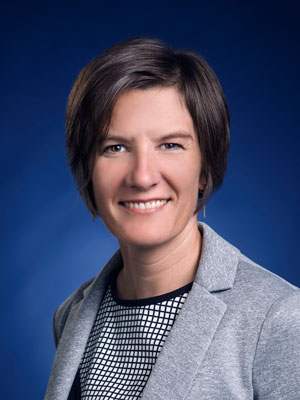