What to Do When Your Boss Says ‘Be Creative’

Professor Jeffrey Sanchez-Burks explains why novel ideas don’t just come to us like flipping on a light switch. 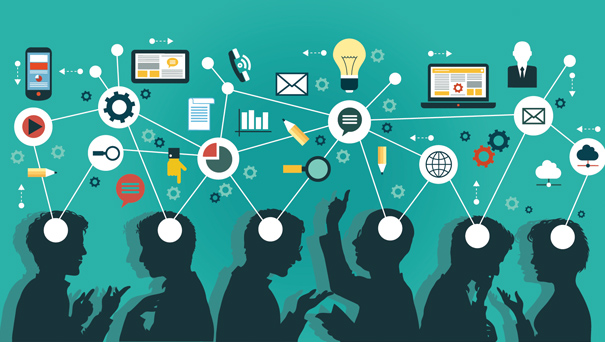 There’s a misconception that our brains are like computer random access memory, able to pluck the best information on command or, in particular, when needed for generating new ideas.

That isn’t how it works, and it’s why many individuals and teams struggle to innovate. They’re told to “be creative” without being taught how exactly to accomplish that. Akin to being told, “be funny,” or “be spontaneous,” despite good intentions of the other, we find it hard to comply.

Michigan Ross Professor Jeffrey Sanchez-Burks doesn’t think that’s the right way to lead a team or develop novel solutions. His research has shown you need a deliberate process to strategically tap the repository of knowledge, perspectives, and insights that reside your brain, and within a team’s collective brain.

“When we’re trying to innovate and make use of the things we’ve already experienced and know, you can’t simply hope all the relevant memories will be right at the tip of your tongue,” he says. “We need an intervention. We need a series of steps to bring to the forefront more of our diverse experiences, memories, and knowledge than would normally come to mind.”

Sanchez-Burks takes you through this intervention in the Leadership Impact Through Innovation program from Ross Executive Education. His bricolage process — stitching together diverse sets of existing resources and ideas in new ways — is the result of years of research and working with executives around the world to develop novel ways to address opportunities and find solutions.

A classic example of bricolage is Bette Nesmith Graham, who invented Liquid Paper. A 1950s secretarial typist by day who painted in her spare time, she used her experience outside work to solve a problem at work.

“The problem wasn’t new, the solution wasn’t new, but she was the one who made the connection between these two experiences between her personal and professional life to create a completely new approach to solving the problem of typos (there is no backspace/erase button on a typewriter),” says Sanchez-Burks.

A common mistake leaders make is to assume putting together people with diverse backgrounds will lead to great ideas.

“When teams, even diverse teams, get together to brainstorm, they tend to focus on things they have in common,” he says. “It’s human nature, something we find in study after study. This bias towards fixating on ideas team members have in common is often the reason teams fail to produce their innovation potential. It’s true that the more buckets of knowledge you have the better, but unless you have a way to surface and connect that diverse pool of knowledge, you’re not going to have them available as a resource for the team’s core task.”

One technique Sanchez-Burks applies is to ask people for as many ideas they can generate to solve a specific problem they’re facing at their company. Oftentimes after about seven ideas, plus or minus two, they feel their well is dry. If you nudge people, they may come up with a couple more, but they are often very similar to the initial set.

But then they’re given a description of a person with a certain occupation and certain kind of life. They’re asked to imagine what kinds of ideas that person might come up with to solve the same problem. The key is to have individuals try to take the perspective of a different person and think through that imagined lens.

“The vast majority of the time, they come up with not only more ideas, but ideas that are different from the original set,” he says. “When they return to work, they’ll encourage their teams to take the perspective of real people, not hypothetical ones, such as someone from a different functional area in the company or a business unit based in a different country.”

What Sanchez-Burks finds in his research is that this simple task of perspective taking is sufficient to unlock novel ideas and perspectives that already exist in an individual’s mind.

The idea is that people not only learn how to be adept at innovation, but how to lead it.

“We help you understand how people tend to act, and how to overcome those ingrained biases to leverage everything at hand to build something new,” says Sanchez-Burks.

LEARN MORE ABOUT THE PROGRAM

Dec 7, 2020
A Biden Business Agenda: Finding New Solutions on Sustainability
Dec 3, 2020
A Better Way for Billionaires Who Want to Make Massive Donations to Society
Nov 19, 2020
How to Overcome Your Reluctance to Ask For Help at Work
END_OF_DOCUMENT_TOKEN_TO_BE_REPLACED Dec 4, 2017
Study Sheds Light on What Makes Entrepreneurial Mentorship Work
Jul 28, 2017
What to Do When Your Boss Says ‘Be Creative’
May 9, 2017
Michigan Ross Professor Defines Specific Strategies for Improving Innovative Thinking
END_OF_DOCUMENT_TOKEN_TO_BE_REPLACED