Will the U.S. Finally Get E-commerce Groceries Right?

New Michigan Ross research shows why e-commerce in groceries lags in the U.S., and if it might be ready to take off. 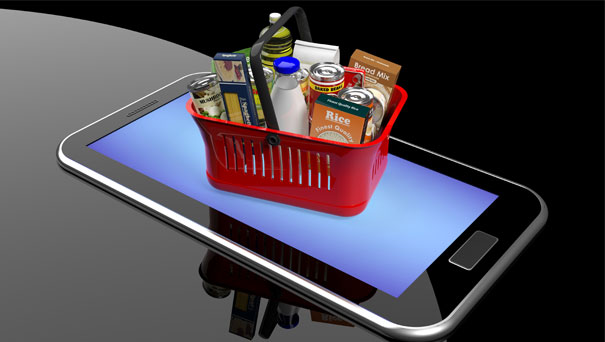 Will your milk and eggs become part of the Internet-of-things? So far, e-commerce in the grocery and consumer packaged goods (CPG) sector has lagged behind the rest of retail.

That’s partly because it’s more difficult to pull off. Grocery stores and inventory systems are designed for in-person shopping, are local in nature, products move quickly, and much of the merchandise is perishable. The e-commerce systems that do exist are, for the most part, barely profitable or operate at a loss.

But new research by Michigan Ross Professor Amitabh Sinha suggests grocery e-commerce is at a tipping point, poised to grow at about 15 percent per year. His analysis with Paul Weitzel of the firm Willard Bishop shows what retailers are learning and what models may emerge.

“This sector is a late bloomer in terms of e-commerce, at least in the U.S.,” says Sinha, professor of technology and operations. “But there is a future market there, and if retailers don’t get a hold of this, they’ll go the way of Circuit City and Borders.”

Their paper, “eCommerce Supply Chain Insights in Groceries and Consumer Packaged Good in the United States,” was published by the Tauber Institute for Global Operations.

A number of grocery chains, retailers, and e-commerce giants such as Amazon are experimenting with a number of systems and features for grocery and CPG. The main ones are:

Based on market research and surveys, Sinha found that people are willing to pay for the convenience. Most shoppers would pay a $6-$10 fee for home delivery and up to $5 for in-vehicle or in-store pickups.

Will that be enough to make grocery e-commerce profitable and appropriate for wider use? That depends on which model stores use and their inventory system. For example, most current grocery e-commerce systems lose margin on an order if just one item is out of stock and the customer has to be called to ask for options.

“It will really behoove retailers to make sure any e-commerce system only shows items that are actually in stock,” Sinha says.

Logistics are another issue. Sending employees into the store to pick items from the shelves for e-commerce customers is costly. A separate warehouse or pickup-only location would be more efficient, but there are upfront costs and location issues. Most stores are well-located for their customers.

Van delivery can work well in densely populated areas, especially because people will pay more for home delivery. But that also adds a layer of expertise and expense to make sure routes and loads are efficient.

Sinha thinks the winning formula will be drive-up service at existing grocery stores, plus a separate “wareroom” in the store that holds most of the high-volume items. That way employees will only have to hit store shelves for speciality items. The challenge will be correctly stocking that room and making sure the website reflects the inventory in real time.

“Drive-through has worked for pharmacies, so why not groceries,” he says. “It’s just a stop on your daily commute, and you don’t even have to get out of the car. Different models will work in different areas, but I think this is where the volume and value for customers is going to be.”

Brick-and-mortar retailers aren’t the only ones eying grocery e-commerce. Amazon Fresh and other pure e-commerce players are piloting service, and third-party shoppers like Instacart are in the game. Services like Uber and Lyft could even be a factor.

The combination of companies getting smarter and millennials — who grew up ordering everything online — earning more income means e-commerce growth in grocery is right around the corner, Sinha says.

“Right now it’s not really in the public consciousness, and some people are hesitant,” he says. “But I think that’s about to change.”