Don’t Let Jerks at Work Drag You Down

Sometimes co-workers can enliven your day and even inspire, while others … well, some can be downright soul-crushing.

But those jerks at work do more than make you feel bad. Spreitzer’s research shows they drag down the job performance of people who interact with them.

“We were able to shed some light on the question of whether de-energizing relationships are just a hassle, or if they have deeper consequences,” says Spreitzer, Keith E. and Valerie J. Alessi Professor of Business Administration and professor of management and organizations. “Before, we’ve shown how enabling thriving at work and energizing relationships lead to better performance and business outcomes, and this looks at the opposite angle.”

The findings are detailed in the paper “Destructive De-energizing Relationships: How Thriving Buffers their Effect on Performance,” which will be published in the Journal of Applied Psychology. It was co-written with Alexandra Gerbasi and Andrew Parker of Grenoble Ecole de Management, Christine L. Porath of Georgetown University, and Rob Cross of the University of Virginia.

Spreitzer and her co-authors performed two studies at two different companies using network analysis and surveys. In the first, they asked IT employees at an engineering firm to evaluate their relationships with each other. The researchers also looked at each employee’s performance reviews, controlling for prior performance. 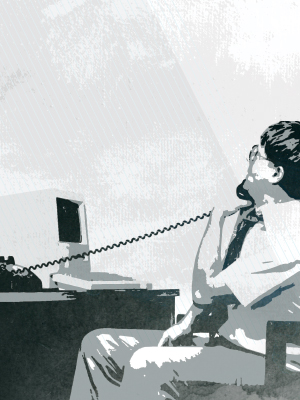 They found that the more a person had to interact with de-energizers, the lower their job performance. In fact, it was associated with the lowest levels of job performance.

The second study asked employees of a management consulting firm similar questions, and the authors analyzed evaluations, but followed up with an additional survey to measure how much employees felt they were thriving.

The results revealed that some people – those who felt they were thriving – fared better on their job evaluations despite exposure to de-energizers.

“Thriving mitigates the negative effects from negative people,” Spreitzer says. “It shows that there are things people and organizations can do to buffer themselves when they have to deal with de-energizers.”

Limit interactions with de-energizers. Sure, you’ll have to deal with the black cloud at some point, but set time limits and only interact in person when necessary.

Increase the time you spend with people who make you feel good. If you have a meeting with a de-energizer on Tuesday, try to book time with more positive colleagues the same day.

Make sure your work is meaningful. “People can put up with a certain amount of annoyance when they believe their work is important and fulfilling,” Spreitzer says.

Set standards of appropriate behavior and enforce them. “Often these de-energizers are technically very good at what they do, so there’s a tendency by management to indulge them,” Spreitzer says. “We’re showing that there’s a real cost to this prima donna syndrome. Leaders need to enforce the work culture and norms. There are many ways to do that while still valuing the good work they do.”

Consider behavior when promoting people. Similar to the earlier point, high  performers in technical areas are often promoted regardless of their effect on other people. “When you quantify the effects of negative behavior, you see their value in a totally different way,” she says.

Give employees regular feedback and put a priority on training that involves work culture and professional behavior.

Spreitzer’s new research is the latest example of the bottom-line benefits of positive business practices.

“A lot of times people think that positive business is just about everyone being nice to each other,” she says. “It’s really about improving outcomes, and one way to do that is to reinforce your culture.”

Spreitzer’s top tips for dealing with jerks at work