Stephen M. Ross has made history as the University of Michigan’s single most prolific donor.

Mr. Ross made history again in September 2013, when he committed an additional $200 million to the university, distributed between Michigan Ross and the university’s athletic department.

What inspired me to make the gift was that … the University of Michigan is an extraordinary institution unlike any other in the United States. It's a place of commitment, compassion, and camaraderie. It is a place of academic excellence and esteem, one that feels more like a large extended family than a large public university.

In 2017, Mr. Ross donated an additional $50 million to the business school, and in 2020, he established the Related Scholars Fund at Ross to attract and support students from diverse environments who are underrepresented in business leadership. 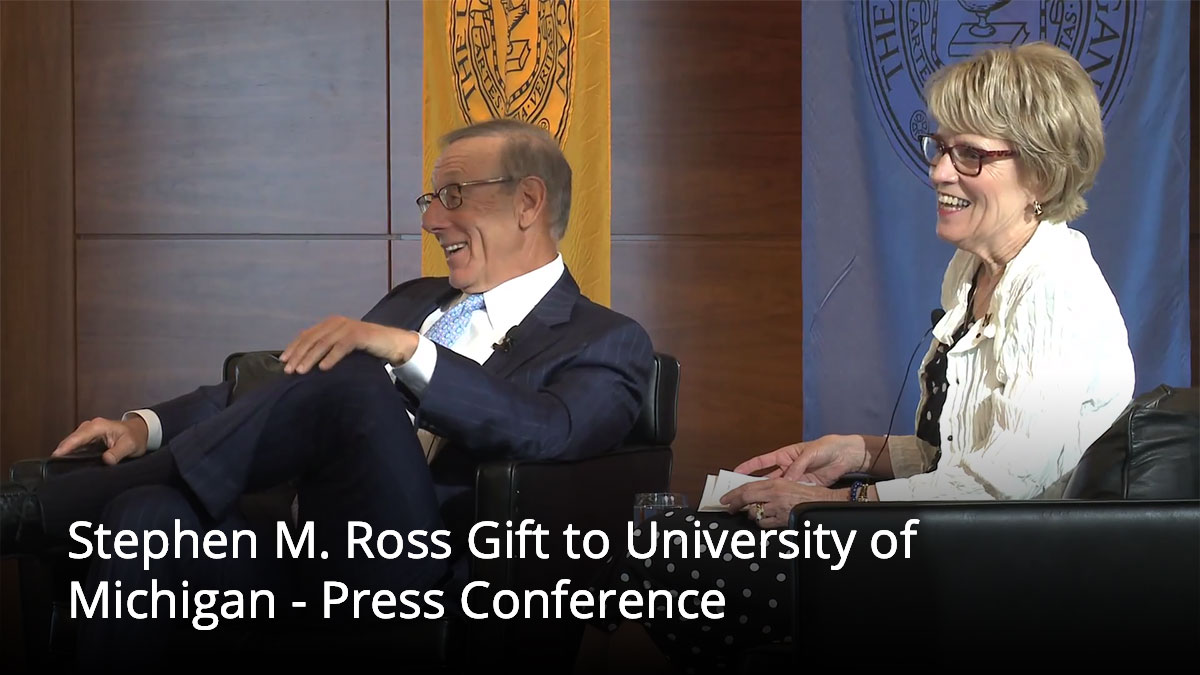 Mr. Ross’ long list of awards and achievements — including being named one of the Power Players of New York by The New York Times and Crain’s New York Hall of Fame — has been earned through dedicated leadership for dozens of organizations, including hospitals, museums, foundations, boards, and trade associations.

Mr. Ross served as the campaign chair of the University of Michigan’s Victors for Michigan fundraising campaign, which kicked off in 2013 with the goal of raising $4 billion for the university. This historic campaign raised more than $5 billion — making it the most successful fundraising effort in the history of public higher education.

There’s nothing more rewarding than giving and helping others, and by giving, you inspire others to give.

Mr. Ross has risen to be one of the country’s preeminent developers and has become known for his creativity and for specializing in destination mixed-use complexes that combine office space, hotels, shopping, and restaurants.

I surround myself with the brightest people possible by creating an environment where they can learn, grow and really be part of things, my role is simple: I bring everyone together with the resources they need to maximize their talent.

The name Stephen M. Ross is already familiar to many University of Michigan students and alumni.

The Ross name stands for an unparalleled commitment to excellence, an enduring sense of civic responsibility, and business brilliance. In naming the business school for Mr. Ross, we reflect these values.

Mr. Ross founded his company in 1972. He remembers writing up a business plan in which he charted his strengths and the areas he needed to be complemented. “The most important thing is to surround yourself with really great, smart people and to create an environment where everyone can benefit,” he said.

The University of Michigan made a difference in my life. I know firsthand the truly exceptional academic programs Michigan offers its students. The days I spent here laid the foundation for my career and taught me lessons I will never forget.