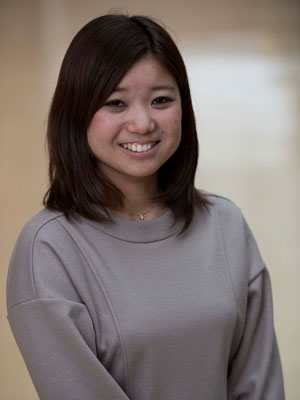 A friend who graduated from the Ross GMBA Program strongly recommended it to Kozy, and it sounded just right. In the Asia Session, she experienced China and Korea in depth while getting to know her classmates. “The smaller class helped me understand the curriculum in a deeper way,” she says. “It was a perfect environment for studying.” One highlight of the Ann Arbor Session was an elective called New Venture Creation, in which teams of students develop a viable plan for a startup business concept. “They were all really bright and energetic and they all came from different backgrounds, and I really learned a lot from them,” she says of her teammates. Outside of class, she loves attending University of Michigan football games, and she enjoyed concerts in Ann Arbor by the New York Philharmonic and singer Norah Jones. “I fell in love with this place, because it’s a great city and the people are so generous to us.” She and her classmates have also visited Detroit, doing volunteer work and cheering on the Red Wings hockey team. “Ross is a great school with a great variety of opportunities,” she says. “Whatever you want, you can get out of it.  It’s just a matter of how deeply you want to push yourself.”