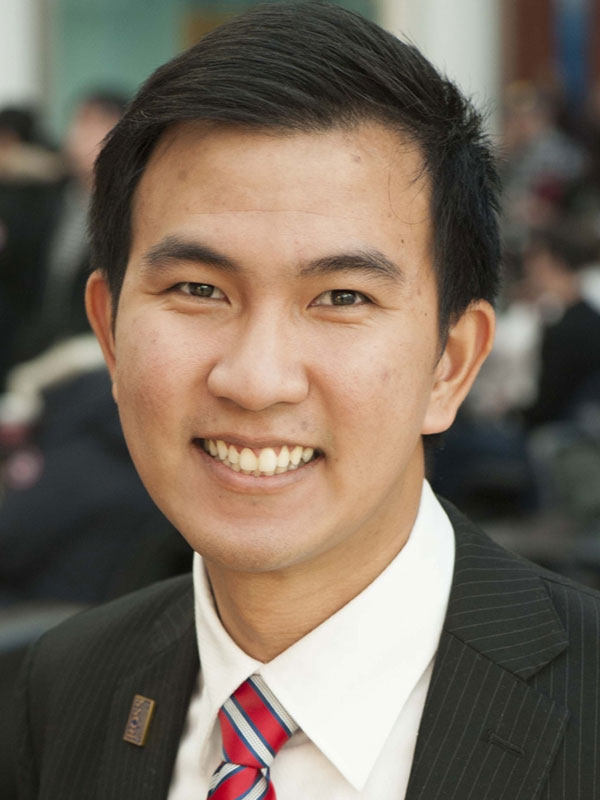 Robin grew up in Thailand, but he earned his undergraduate degree at nearby Eastern Michigan University. So, after working in finance in New York and Bangkok, he knew exactly where he wanted to get his MBA: Ross.

“I love Ann Arbor and I always wanted to come back to U of M,” he says. But the Asia Session was equally appealing: “It’s a great experience,” he says. “It is like a big family. It’s very unique among MBA programs.” Although he’d been to Korea and Japan as a tourist, he found it much more rewarding to experience other countries with classmates who know them well as guides.

And he was able to introduce his cohort to Ann Arbor, which he describes as a small town with lots of diversity and good restaurants. He also found time to help organize the annual Asia Business Conference, which drew 400 attendees to Ross. On the classroom side, he found that Ross offers a perfect blend of substantial challenges and a supportive environment -- always embracing the philosophy of action-based learning: “I chose Ross because of the culture, the collaboration, the teamwork, and the things that you can practice yourself by doing real work.”