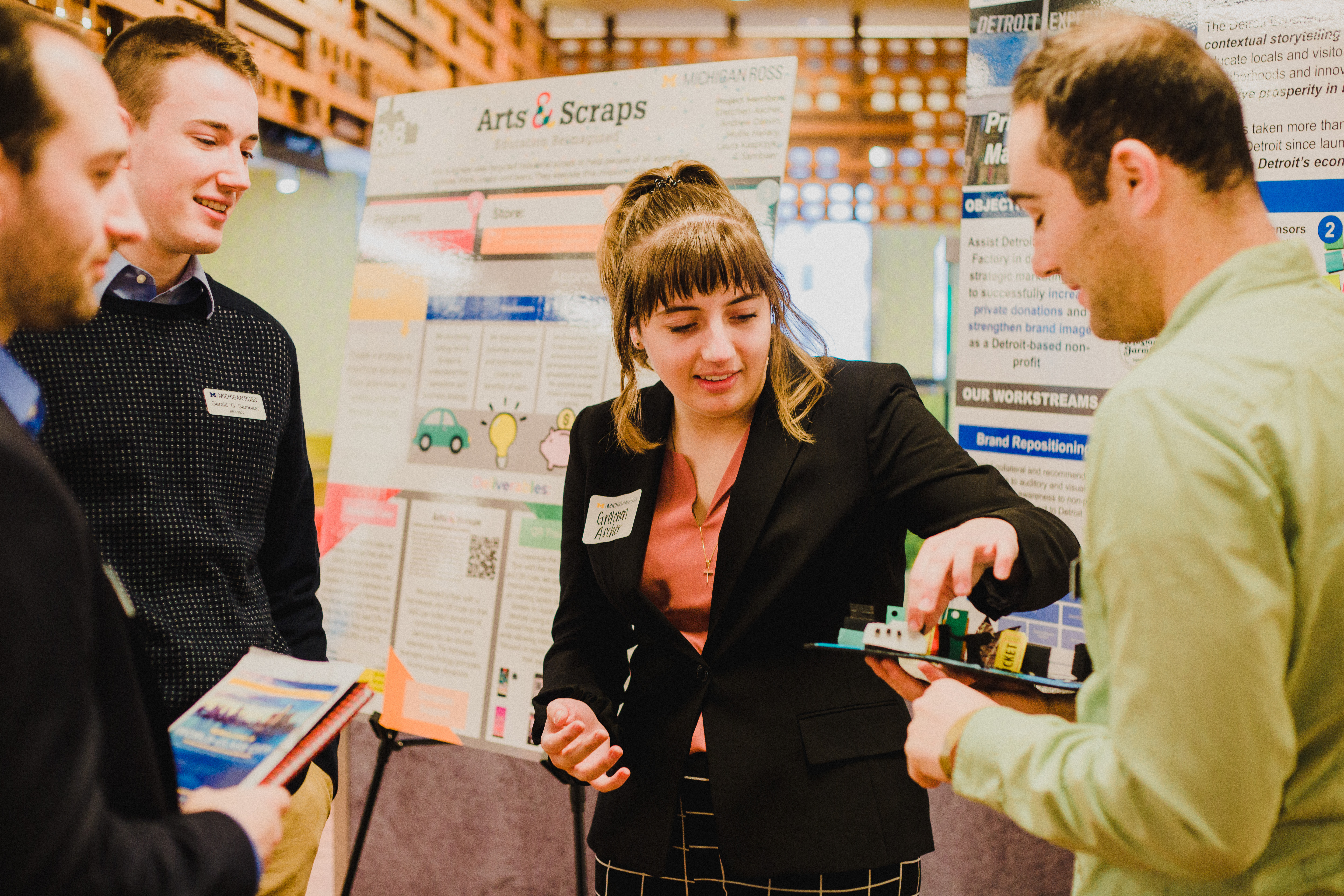 Students showcase the projects they have worked on with local non-profits through the Impact Project initiative of the Detroit Revitalization & Business Club. Each year, student members of the club work in teams to support projects that the sponsoring non-profits are working through, from fundraising strategies to new program development. (Photo by Claudia Latapi)

To understand Detroit’s transformation over the past decade, some say you need to visit the city in person to witness the vast changes.

That message and enthusiasm for how young leaders can have a long-term impact on the city came through loud and clear at the Detroit Impact Conference held recently at One Woodward and attended by more than 150 University of Michigan students, business leaders, government officials, and nonprofit leaders, all eager to see these Wolverines finish their degrees and establish themselves in Detroit.

The event is hosted in downtown Detroit each year by the Detroit Revitalization and Business Club from the Ross School of Business. This year marked the 10th annual iteration of the conference. Organizers brought in keynote speakers to talk about major transformations, such as Ford’s redevelopment of the Michigan Central Station campus, as well as panels to talk about emerging and high-growth career fields, such as healthcare, information technology, mobility, and clean energy.

“Our mission this year was to engage a broad audience, but maintain a coherent and meaningful theme throughout the day,” said conference organizer Anna Pudimat, MBA / MPP ’20. “We wanted to provide a forum to explore the tension between the amazing momentum of Detroit’s revitalization, and the need to be intentional, inclusive, and contextually aware as development progresses. We wanted attendees to be motivated to get engaged with Detroit, but to make sure they are being good citizens of the city as they do so.”

Mary Culler, president of the Ford Motor Company Fund and director of the Michigan Central Station redevelopment, presented the keynote address, discussing the progress in Corktown and across the city as Ford connects its various mobility and community development projects.

“What I see happening in Detroit is so inspiring,” Culler said. “There’s so much opportunity here that I think if we all work together, we can make a difference.”

“Everybody in this room could do amazing things to move this thing forward,” said Mitchell Rohde, a U-M alum and CEO and co-founder of Quantum Signal AI, an engineering research-and-development company recently acquired by Ford Autonomous Vehicles LLC.

“I wanted to grow my company in Michigan because I wanted to see (the state) succeed,” and focusing on Detroit’s potential has brought both financial and emotional rewards, Rohde told the student audience, noting how projects such as the Michigan Central Station redevelopment literally put tears in his eyes for its potential to revitalize Detroit in important and exciting ways.

The event also included visits to multiple Detroit offices, including QZine and Bedrock’s headquarters, as well as introductions to Impact Project partners such as the Belle Isle Conservancy, The GreenLight Fund, Arts & Scraps, and the Detroit Public Schools Foundation.

Students such as Michael Ho, a first-year at U-M, said he attended the event to learn more about the city. He also wanted to bring his perspective as a New York City resident to the Motor City, hopefully blending his knowledge with that of Detroiters to build a stronger place for residents, businesses, and organizations.

Detroit Regional Chamber CEO and President Sandy K. Baruah agreed in his comments, noting that cities such as New York, Pittsburgh, and San Paulo all have had to reinvent themselves. He described Detroit as a “great 300-year-old startup,” noting that Detroit in 2020 will look different than its past but can be equally great in terms of entrepreneurship, business development, and innovation.

“We need people of your generation to get us to the next level,” Baruah said. 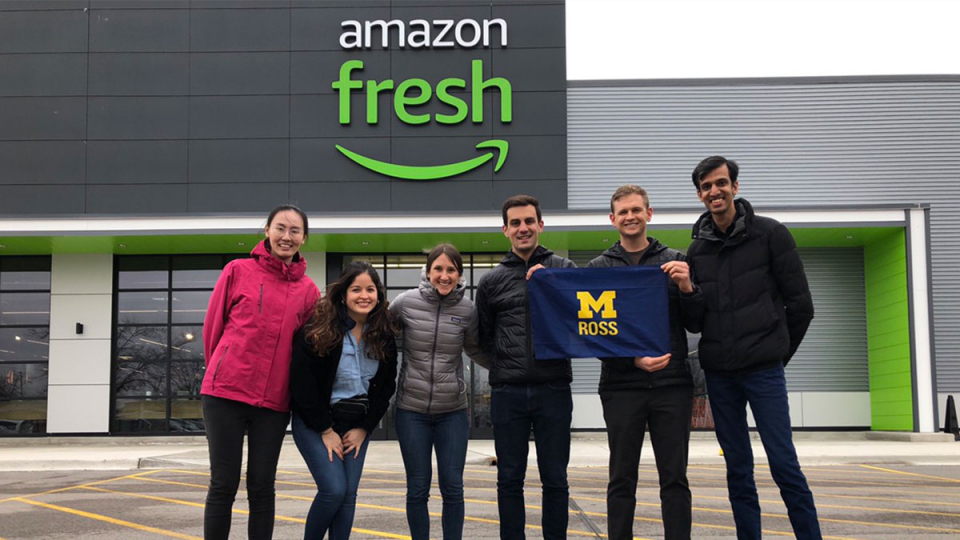 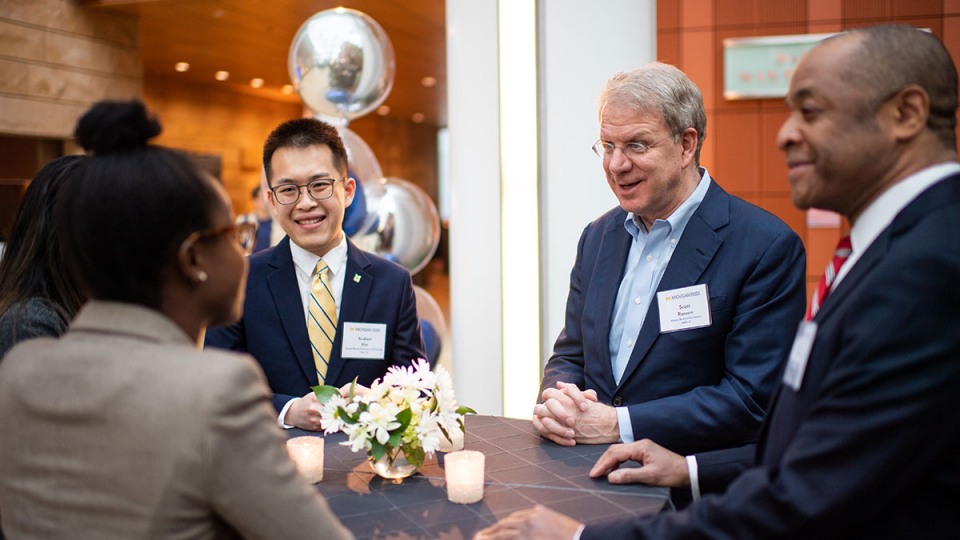 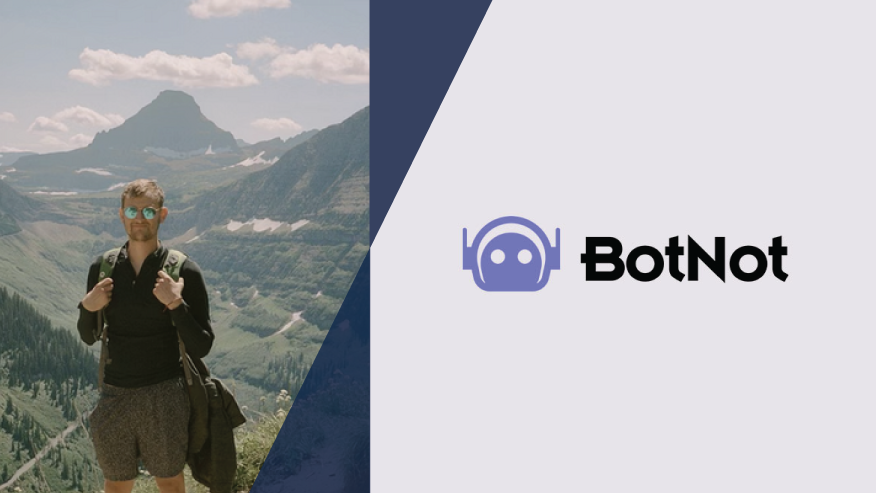