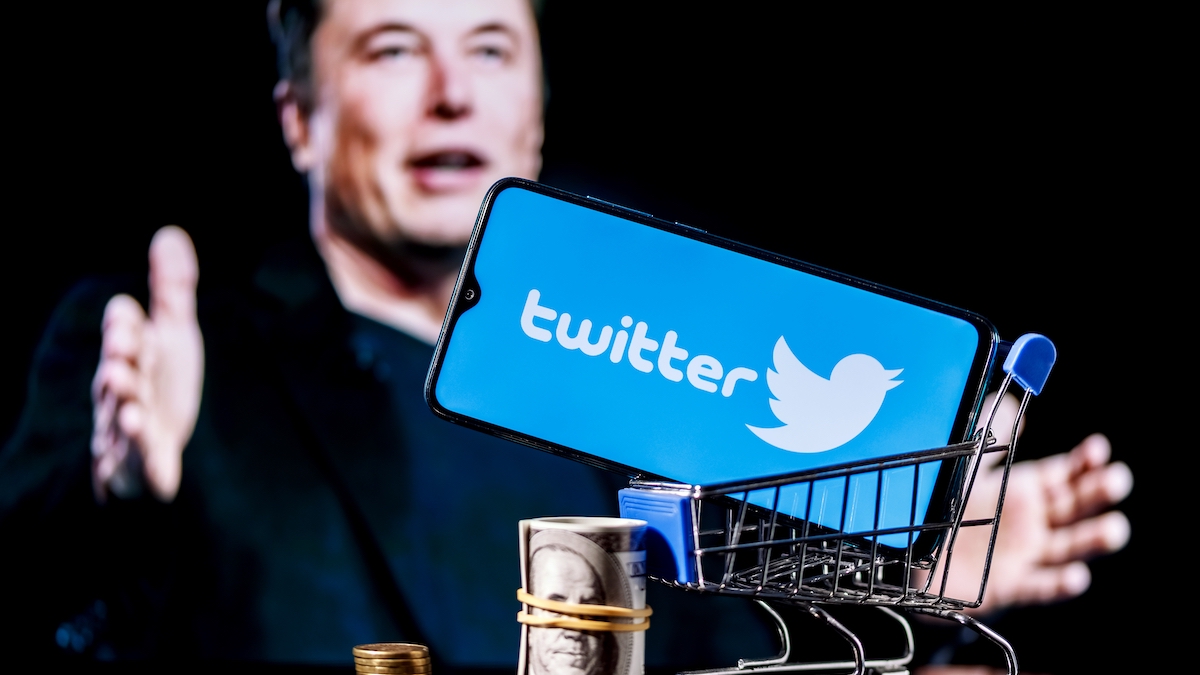 Elon Musk has finally completed his US$44 billion deal to acquire Twitter and take it private.

The world’s richest man has already begun putting his imprint on the social network by firing four of its top executives.

While most people are likely familiar with the idea of taking a private company public – the process that allows individuals to buy and sell a company’s shares in the stock market – the reverse process is not as well understood and happens far less often.

As a business and law professor, I have been analyzing mergers, privatizations and other corporate deals for over two decades. The most common question I have been getting from students and faculty colleagues is why would Musk want to take Twitter private? Or more simply, what does it mean to go private?

The answers to these question help address a more interesting one: Will he succeed?

Let’s start with the basic differences between a public and private company.

For starters, a public company is widely held, meaning it has a lot of shareholders. Anyone can buy shares of most public companies, their shares trade on stock exchanges, and their market price is widely available on websites and apps.

Federal securities law requires public companies to disclose a lot of information about their operations and financial condition in reports that are posted on the Security and Exchange Commission website. Basically, anything that happens to a public company that’s of consequence to investors must be disclosed publicly.

A private company, on the other hand, is closely held. It has few shareholders – sometimes just one. It usually is impossible to buy shares of a private company. When it is possible, it is difficult because shares don’t trade on exchanges. You have to find someone who is willing and able under restrictive securities laws to sell you their shares.

In addition, a private company is not required to file disclosures or anything else with the SEC.

Another key difference is the power the chief executive has. While public company CEOs have a lot of power, that power is constrained by things like a board of directors and rules on compensation.

Private companies have no meddlesome boards or rules governing compensation or other issues. And with few or no pesky outside shareholders, leaders of private companies don’t have to worry about the effect their decisions might have on the share price.

Many, if not most, companies begin their lives as a private company – perhaps in a family garage, as seems to be the case in so many startup origin stories.

As a young company grows, it needs more funding, a problem often solved by doing an initial public offering that pulls in a lot of cash and opens up ownership to anyone.

Taking a company private, as Musk intends to do, reverses the IPO. If it goes through, the Tesla billionaire will pay Twitter shareholders $54.20 a share, which is a 64% premium over the price Twitter stock was trading at a few weeks before Musk’s offer was disclosed on April 14, 2022.

So why would Musk or anyone want to take a company private? One key reason is control, which allows a buyer to impose his or her vision and singular strategy.

Once the shares change hands, Twitter will be Musk’s to do with as he pleases – from reopening the accounts of former President Donald Trump and Ye, the artist formally known as Kanye West, to slashing the workforce by up to 75%, all of which he reportedly is considering.

That’s why Michael Dell decided to take the computer company that bears his name private in 2013.

At the time, the company was struggling as personal computer sales slumped amid the rise of the smartphone. As he explained in a securities filing, Dell believed it was essential to quickly transform the company from primarily a PC maker to one focused on providing large organizations with entire information technology systems and managing them.

He said he couldn’t make the transformation as a public company because it would hurt short-term profits, which would likely cause the share price to fall. That in turn could harm consumers’ perception of Dell and lead to employee turnover.

In other words, Dell’s plan was perhaps too bold for a public company. But the strategy paid off – for him, his fellow investors, and his company.

Dell himself chipped in $750 million in cash and over $3 billion in the form of his 16% stake in the company, with about $3.4 billion coming from other investors and $16 billion in debt.

By 2018, when the company went public for the second time, Dell’s stake was worth $32 billion, with similar large payouts for his co-investors. The company thrived as well, with sales and profits soaring after a period of low growth, as Dell predicted. Workforces often fall when a company goes private, but Dell’s was up about 50% in 2020 compared with 2013.

But it doesn’t always end well.

In the early 2000s, Toys R Us was in serious trouble. Although e-commerce was still in its infancy, it was beginning to disrupt brick-and-mortar retailers, increasing competition – especially in the market for children’s toys. A plan to sell its wares online via Amazon fizzled, leaving Toys R Us way behind in e-commerce. Meanwhile, its stores were growing old and shabby, customer service was lousy, and Target and Walmart were gaining market share.

In 2005, two buyout firms and a real estate trust won the bidding to take Toys R Us private for $6.6 billion, using $5 billion in debt. Unlike Dell, who knew his business cold, Bain Capital, KKR & Co. and Vornado Realty Trust didn’t have much experience in the toy industry. And they followed a classic private equity strategy of consolidation, closing marginal stores and cutting costs.

Also unlike Dell, Toys R Us never recovered. The significant debt incurred in the buyout saddled the company with large interest payments that left little money to invest in remodeling stores or building a competitive online business. Toys R Us filed for bankruptcy in 2017, 12 years after going private.

As I see it, Dell had a plan that fit his company’s environment – a key concept in the study of business strategy. Toys R Us’ buyers did not.

Does Musk have a vision?

So what does this all mean for Musk’s potential success at Twitter?

We still don’t know a lot about what he plans to do.

In his letter to Twitter shareholders, he said, “I invested in Twitter as I believe in its potential to be the platform for free speech around the globe, and I believe free speech is a societal imperative for a functioning democracy.” One could ask whether that is a business model or a statement of sociopolitical philosophy.

In any case, he said Twitter can’t “thrive nor serve this societal imperative” as a public company. He’s also tweeted that he would fight bots on the social network, let Trump and others rejoin and potentially let users pay bills via tweet – part of his “Project X” super app idea.

More recently, The Washington Post reported that Musk plans to cut Twitter’s 7,500 employees by about 75% – though on Oct. 26 he told Twitter employees in San Francisco that he wouldn’t get rid of that many.

Musk understood the physics of launching rockets and the engineering behind building an electric car, but he doesn’t have deep experience running a social media platform or in building super apps. I believe he doesn’t have a thoroughly thought-out strategy that fits Twitter’s difficult environment.

What he will have is a huge amount of debt. Last year, Twitter owed about $51 million in interest on its debt. After going private, the estimates are that Twitter will owe at least a billion dollars annually on about $13 billion in new debt.

In 2021, the company generated just $630 million in cash from operations. That means Musk won’t have much cash to fund a super app or any other big ideas, unless he is able to attract additional investment in the company.

With the company in his hands, Musk can, of course, do what he likes. He can implement any free speech policy that suits his fancy. He can let Trump and Ye tweet. He can ban Tesla short sellers and anyone who questions his foreign policy initiatives. He can fire 75% of his staff in a heartbeat – something a public CEO would have a very hard time doing.

It’s too soon to tell if taking Twitter private will be a Dell-like success or a Toys R Us disaster. But given Musk has said he “doesn’t care about the economics,” it may not matter. 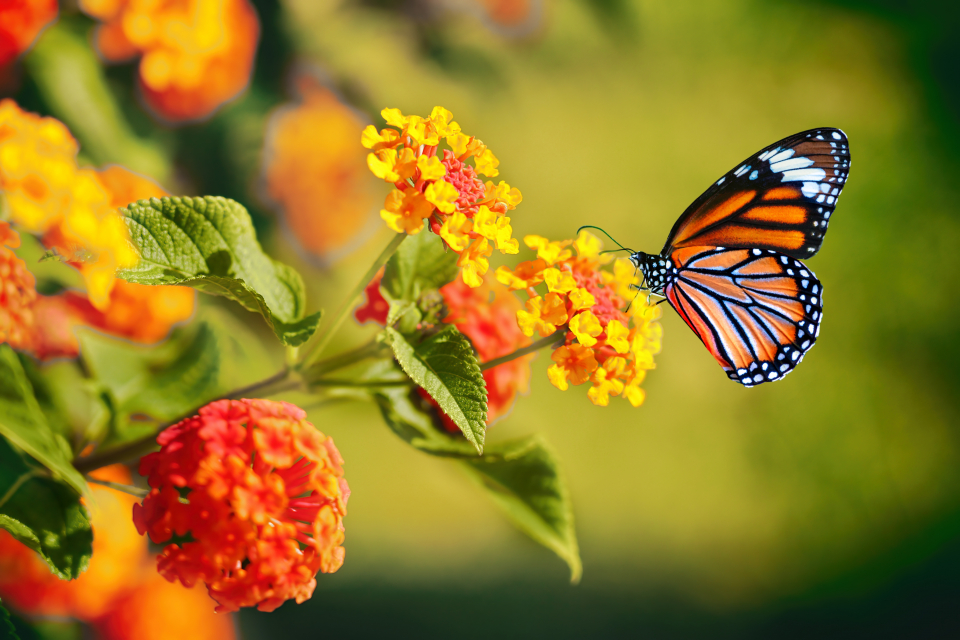