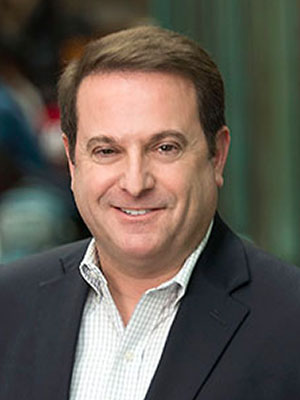 Gene Mage is a Managing Director of Custom Programs for the Ross School of Business at the University of Michigan. In this role, Gene works with organizations around the world to build customized executive learning experiences drawing upon the research and faculty resources of the University of Michigan. His clients include the Anheuser Busch, Google, Toyota Motors Corporation and more.

Prior to joining Ross, Gene served as Executive Director of Belmont University’s Center for Executive Education, and as a Senior Client Partner and Principal Consultant with Kenexa Corporation (now known as IBM Smarter Workforce). As head of Kenexa’s leadership development practice for North America, Gene developed leaders for major companies around the world including NASDAQ OMX, American Express, GlaxoSmithKline, Novartis, and Ingersoll Rand.

As a Fortune 500 executive, Gene served for 12 years with Corning Incorporated in both International Marketing and Leadership Development, where he was head of Corning’s internal consulting group.

As an entrepreneur, Gene ran a consulting firm and authored two books and more than 200 articles on leadership, with work appearing in publications such as HR Magazine, Gannett Newspapers, and Association Management.

Gene helps his clients derive the “aha” moment from seemingly disparate data sources. He is a skilled assessor and feedback coach who asks insightful questions and creates truly useful written and verbal feedback for his clients. His coaching clients include a number of Division Presidents, SVPs and VPs at companies such as Ingersoll Rand, GSK, as well as Directors and High Potential Leaders from governments and companies around the world.