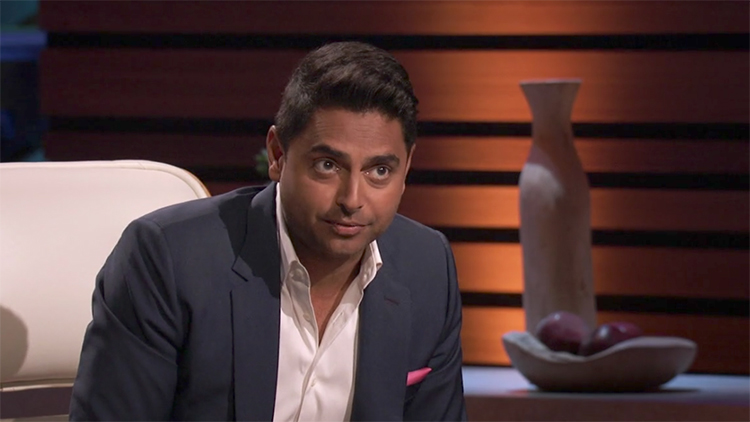 Vitaminwater. Pop Chips. Bai. Rohan Oza, MBA ‘97, has helped make some of the world’s biggest food and beverage brands into the billion-dollar enterprises they are today. Oza can now add reality TV judge to his impressive resume — this past weekend he joined the cast of ABC’s “Shark Tank” as a guest Shark during the second half of the season premiere. In the show, entrepreneurs pitch their businesses to a panel of judges, or Sharks, in hopes of securing real investment dollars directly from the judges.

The role is a natural fit for Oza. “I always look for stuff that’s breaking the mold of what’s out there today,” he says.

In a New York Times profile, Oza was described as “a magical figure who captured people's attention in ways that many other corporate folks couldn't.”

A segment during the show featured Oza’s rise in the branding world. Born in Zambia, Africa, to an Indian family, Oza describes himself as third generation African but culturally Indian. Education was always important to his family, and Oza sought out the very best, graduating from Michigan Ross.

He then landed a role at Coca-Cola, where he worked on Sprite and Power Aid. He left for Vitaminwater — a move that several people told him was crazy — but it was his influence that helped make Vitaminwater so big. Coca-Cola purchased it for $4.1 billion.

“My passion is building brands in a disruptive way,” Oza said. “People who want to make a difference are always going to have pushback. You have to have the inner confidence to push through.”

Check out Oza in the Shark Tank episode below (Cable subscription required). Around the 18-minute mark, he’s involved in an intense back-and-forth with a growing snack chip company, and you can see how his bargaining skills have led him to incredible success.

No cable subscription? You can also watch the episode on Hulu.