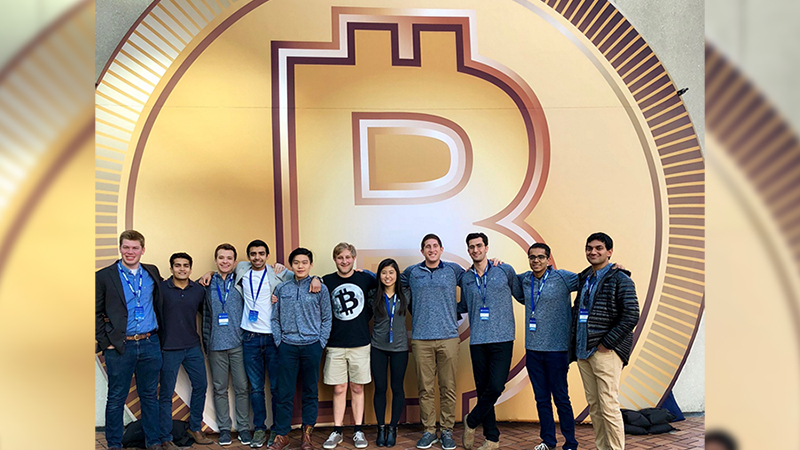 A version of this blog post originally appeared on the Wolverine Crypto Trading Medium blog. It’s republished here with permission and edits from the author.

Myself and 11 other members from the Wolverine Crypto Trading club recently had the chance to attend the largest event in cryptocurrency history: The North American Bitcoin Conference (TNABC). The event brought together more than 4000 people from across the world in Miami. I had the chance to be a part of that group thanks to support from the BBA Council.

This was my first time attending a major crypto event, and there were a few things I wasn’t expecting.

Here are my insights and takeaways from the trip:

It Should Be Called An ICO Pitchfest

As someone who just got into this space in November, my motivation to attend this conference was to learn more about the technology and resulting applications. Instead, the conference’s primary purpose seemed to be connecting investors with ICO (initial coin offering) companies.

Now, there’s nothing inherently wrong with this…my expectations were just off. Most people I met at the conference were not developers, rather investors and salespeople. For them it was the perfect venue. Given that over 4000 people paid to attend, clearly the organizers had tapped into something big.

However, when your event is titled The North American Bitcoin Conference and most speakers didn’t even talk about bitcoin (or the hot topics relevant to the currency)…that’s a little off-putting.

There was a blockchain application for everything at this conference. You name the industry and there was an company ready to provide a “disruptive and innovative blockchain solution” (and also ask for your money).

For ICO prospects, TNABC is the biggest stage. The viability of their businesses came down to whether they could generate enough interest and investment in Miami.

And, it was hard not to be skeptical. Many business models seemed to have nothing to do with blockchain, yet still wanted to do an ICO. When we asked the question “why does x need a blockchain solution” we sometimes got responses like “if you don’t have blockchain in your business you’re stuck in 2017” or “in the future everything will be on the blockchain.”

Some of these businesses were clearly just living off the hype. Obviously these were extreme cases, but if college students with little experience in the field felt skeptical, then how were these companies getting experienced professionals to join them?

There Was Some Recognition of Regulation and Risk

In the past the general public has viewed crypto enthusiasts as naive — both for investing in volatile coins, and for believing that digital currencies could skirt government regulation. TNABC’s programming and the chatter amongst attendees, reflected a more mature view of the industry.

With regards to regulation, the general belief now seemed to be “it’s gonna happen anyway, so might as well be prepared for it.” For this reason the organizers included a panel on regulation which gathered expert lawyers in the field.

With regards to risk, there were varying opinions on the “bubbliness” of the industry. As always, the most bullish attendees ignored that criticism entirely, but there were a large number who were taking and advising caution when it came to investing in certain altcoins and ICOs.

The most interesting opinion came from Charlie Shrem, a bitcoin advocate. Charlie believed that the comparison to a bubble wasn’t necessarily a bad thing. To paraphrase his thoughts:

“If there is a bubble which bursts, it will wipe away most companies, but at least 2/15 will succeed. The dotcom bubble had the same effect…but it also produced giants like Google” — Charlie Shrem

In other words, a bubble might just have the filtering effect that this industry desperately needs. Some food for thought!

I’d like to thank Wolverine Crypto Trading for organizing this trip, the Stephen M. Ross School of Business for their support and funding, as well as Keynote (the conference organizers) for sponsoring our tickets.

What was your summer internship?

I was a Technical Product Manager at Salesforce

Favorite event at Ross in the Last year?

Not music, but I listen to a lot of podcasts. I highly recommend "NY Times Daily," "How I Built This," and "Unchained."