Fellow Graduates: As Future Leaders of the World, Here Are A Few Things We Must Consider 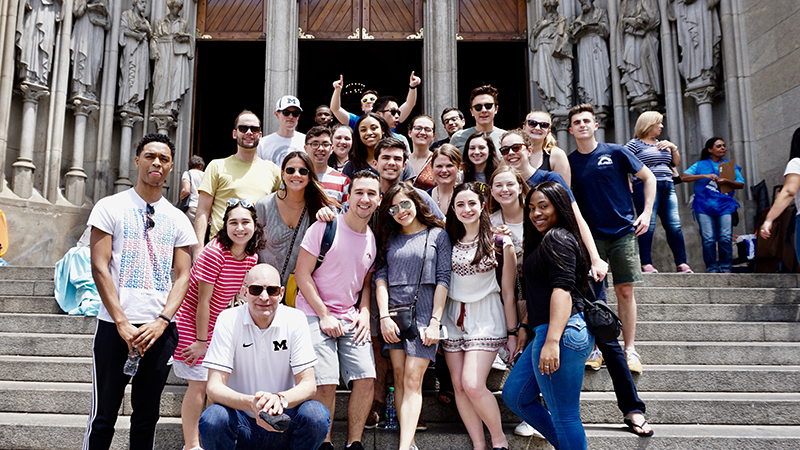 If you would have asked me a year ago to describe Brazil, I would have painted the portrait of a land decorated with long stretches of white-sand beaches and turquoise water (see image below!), rolling hills with sprawling farms and mysterious rainforests, and waiters carrying Churrasco knives around infamous steakhouses while samba music spills into the streets where people dance on historic sidewalks.

What I would not have described to you, however, is the political climate behind the scenes, and how whispers of illicit activity had evolved into an all-out war on corruption. And even further, how these scandals have begun to influence business and shape the opinions of Brazilians across the country.

When I left for Brazil for my Global Practicum, I had an idea of what the current political environment would be like. I read dozens of CNN and Time articles unfolding the web of deception and fraud that so many powerful Brazilian business people and politicians weaved over the decades. I was aware of the indictments, the trials, and the impeachments. I listened when the orientation leaders described the looming military presence. So when I arrived in Brazil, ready to dive deeper into my project on “Political Instability and Corruption in Brazil,” I could only imagine that the Brazilian people would be irate and hateful toward their government. And while I wasn’t wrong, I surely wasn’t right.

After a few conversations with employees during various company visits, as well as conversations with new local friends, it was clear that public opinion was not as weighted as I previously thought. One founder of a startup described the corruption as being “helpful” for his company, while another scoffed at my mere mention of ex-President “Lula” Silva (who was sentenced to prison for his involvement in corruption scandals).

Some locals shrugged it off, while others could have talked for hours about the distrust and the anxiety they felt toward their government. The conversations nowhere near mimicked what I had poured over on the discussion boards in preparation for the trip.

What I learned from all of this is that life isn’t painted in black and white. What is “true” is sometimes only a matter of perspective, and a siloed outlook breeds nothing but ignorance.

The experiences that will make you question the way you think are the ones that make you uncomfortable: You cannot gain if you do not give. And when the opportunities present themselves, you have to take them. These are the things that we must consider as the future leaders of the world. It is up to us to hold a watchful eye and to acknowledge the faults of leaders before us, because if we don’t, we are only doomed to repeat their mistakes.

So, here’s my advice:

Travel 5,107 miles from home. Enjoy the views and nightlife, and soak in the culture of iconic cities. Eat so much Feijoada you wish you would have brought another one-piece swimsuit. Watch classmates transform into lifelong friends.

But most importantly, make discoveries that will push you to rethink the way you walk through the world. Meet the established business people, ambitious self-starters, and altruistic do-gooders of places you’ve only visited on a map. Listen to their stories of failure and triumph — they all have one. See firsthand the ways in which countries thrive and struggle.

Acknowledge the good and the bad and think deeply about your impact on the world. Then, go out and change it.

Learn more about the Ross Master of Management

Tell us about your Internerhip(s)

I've had two. I was the Health & Nutrition Intern at GMHC in New York City and then I was a Research Assistant at the University of the Western Cape School of Public Health in South Africa.

What are your hobbies?

I love to cook for my friends, especially on Chinese New Year and Taco Tuesdays. I learned to cook from my parents who come from two very different cultures.

It's a toss up between cage diving with Great White Sharks and Skydiving. Both were incredible experiences and both landed me in hot water with my mom.

Learn more about the Ross Master of Management