The Easiest Part of My MBA So Far: Finding An LGBTQ-Supportive Community At Michigan Ross 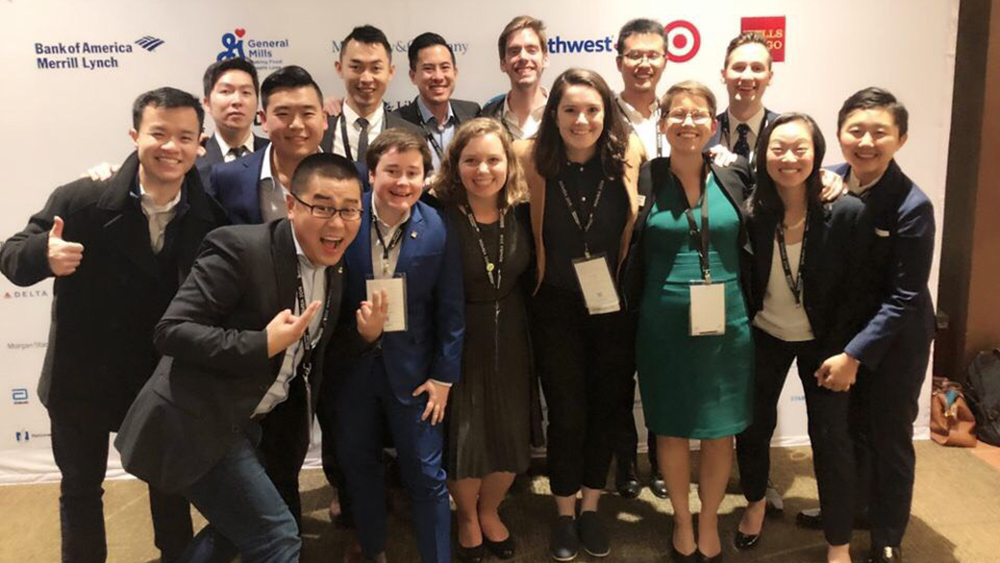 When I first announced I was moving to Michigan for business school, I was unprepared for the mixed reaction I got from my friends.

Their congratulations all felt tinged with confusion. I grew up on the West Coast and spent my early adult years in New York, so my friends are what would be classified as liberal, coastal elites with a progressive mindset.

My friends warned me that living in a small college town in a Midwestern state would be very different, and I’d at best be tokenized as one of a handful of LGBTQ individuals and at worst be in a community rife with latent homophobia. I began to question my choice and wonder what my life at Ross would really be like.

Thankfully, reflecting on my first year at Ross, I realize that couldn’t be further from the truth.

The admissions committee here does a wonderful job of bringing together a class full of individuals with diverse backgrounds, interests, and viewpoints. What really surprised me about Ross was the willingness of everyone in this community to embrace differences between individuals of very diverse backgrounds and learn from one another.

It is because of this community’s openness to all types of individuals that I have always felt accepted and supported by the entire Ross community.

Additionally, we have a fantastic LGBTQ club at Ross called Out for Business. Several members of this club, not only from my class but prior classes as well, have become close friends and mentors.

It’s always a great time when this crew gets together for margaritas at Taco Tuesday (or really any day). Yet, just as with all clubs at Ross, OFB is inclusive and widely supported by the Ross community as a whole.

This coming week will be a great example of that community coming together.

National Coming Out Day, celebrated on October 11, is the day to celebrate coming out as lesbian, gay, bisexual, transgender, queer (LGBTQ) or as an ally to provide visibility and support to the LGBTQ community.

OFB has partnered with the University of Michigan’s Spectrum Center and corporate partners such as Amazon, Deloitte, SC Johnson, and General Motors, to host a series of events next week in observance of National Coming Out Week.

Events include Coming Out Stories, an intimate event where Ross LGBTQ community members shared their coming out stories, and an Ally Training for those interested in learning how to be better advocates for the community.

Allies are a big presence at our events and the broader Ross community joins together for signature events such as concerts with the Ross band, Risky Business; Out for Bus, where rainbow jello shots are the star attraction and of course, MBGay.

MBGay is hugely popular, showcase event, that sells out every year, despite being held in Michigan Winter, where allies enthusiastically perform in drag and raise thousands of dollars for a local LGBTQ charity. It’s a favorite Ross event for many, and seeing the spirit of support that surrounds this event reminds me that I am extremely grateful for the opportunity to call this place home for two years and for the relationships I have built with such smart, supportive, and accomplished classmates.

Ross has been an incredible environment in which to experience business school and I’m so proud to be a part of this incredible community.  Go Blue!!

What where you doing before Ross?

I was the Senior Director of Finance at Trilogy Education Services.

Who is your favorite Ross professor?

Maxim Sytch - I love his cheeky teaching style and swagger.

What is the most adventurous thing you've ever done?

What are your plans after graduation?

This summer I interned at Bain & Co, and I'll be joining Bain as a consultant after graduation.