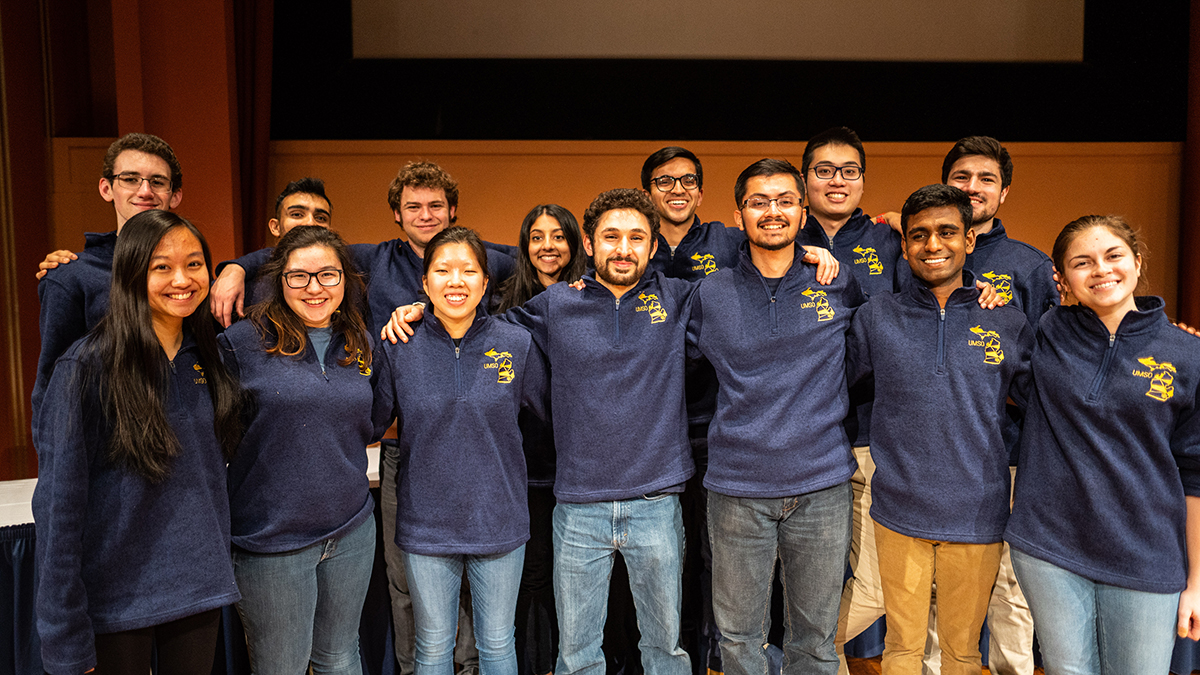 Several weeks ago, I had the privilege of helping organize the second annual University of Michigan Science Olympiad tournament, an event that I had helped to plan since last September.

Science Olympiad is a high school competition consisting of 23 different STEM-related with emphases in areas like astronomy, herpetology, physiology, and several others. Events range from completing a test to piloting a pre-built device, to completing a lab experiment.

Helping organize this event perfectly embodied the action-based learning that is highly encouraged at the University of Michigan and Ross. For example, this event was entirely student organized and led, ultimately allowing over 900 high school students across Michigan and several surrounding states to compete.

The work of the team included but was not limited to contacting schools, writing/grading exams, reserving facilities, training 100+ volunteers, and securing funding from organizations such as the Paton Accounting Center.

The tournament itself was also a prime example of experiential learning as the competition emphasized learning science in a different and more active way than traditionally taught in a classroom, and encouraged students to explore competencies not readily accessible to them in their curriculum.

As a former participant in Science Olympiad, being able to organize and host this massive event was an incredibly gratifying experience. There were definitely times where we experienced challenges, such as on the day of the competition where some rooms we had reserved turned out not to be available after all, and an error in grading for one of the events.

Additionally, for the weeks leading up to the competition, a few teams decided to drop last minute, creating vacancies in our schedule that we needed to fill. However, we were strongly adaptable in these circumstances and were able to arrive at satisfactory solutions. These circumstances personally taught me important lessons and habits in being flexible, working under pressure, dealing with ambiguity, and, perhaps most importantly, delivering strong results.

At the end of the day, seeing the winners of each event walk across the stage at Rackham Auditorium was an incredible moment of both pride and nostalgia for everything that we and the high school students had accomplished. I look forward to seeing an even better event next year.

Check out this video the team made recapping the event:

Who is your favorite Ross Professor?

Cheng Gao — He was extremely engaging towards his students and was always extremely easy to talk to. He provides insightful insights on academics, professional life, and can always be counted on for good banter.

What activities are you involved in at Michigan?

What is one of your proudest accomplishments?

More about the Michigan Ross BBA