Spending a Semester Abroad Didn’t Change My Life, It Affirmed My Love of the Unknown 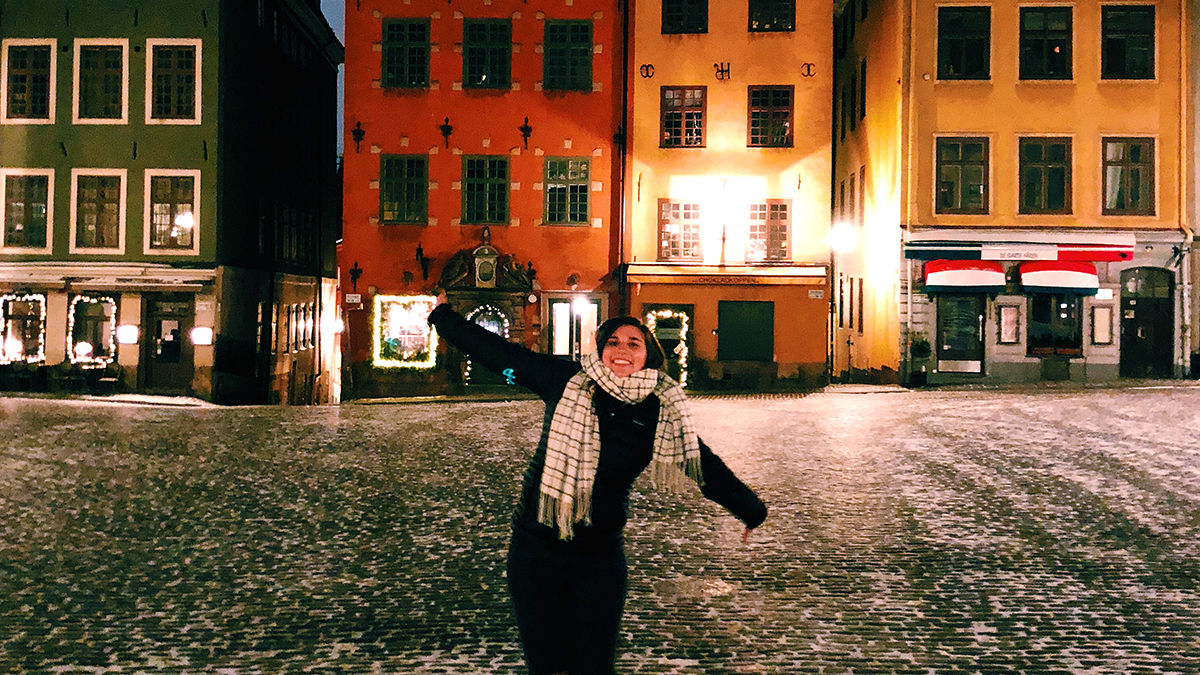 When I was in the fifth grade, I was faced with the first big decision of my life.

I had to choose which foreign language class to take when I started middle school. While most of my close friends decided on a more “popular” language like Spanish or French, I wanted to challenge the status quo. So, I decided to be a part of the very first Mandarin Chinese class offered at my school.

I had no idea what to expect, but ended up taking the language for eight years and having the opportunity to travel to China at a young age. Had I chosen a path based off of the decisions of those around me, I wouldn’t have had any of the great experiences that I did.

This passion to try things that are not only new to me, but to everyone around me, is something that has stuck with me throughout my life. And, this tendency of mine proved even more important and life changing when I used the same decision-making process to decide where I wanted to study abroad during my time at Michigan.

I spent countless hours making spreadsheets and doing research on Ross’s many international partner schools, but the over-analyzing that I was doing quickly tied me in knots over the decision. It wasn’t until I happened to see a message in my inbox about a brand new partner school — the Stockholm School of Economics — that I was able to settle on a study abroad destination. I was excited to be part of something new in a place that I never really considered before receiving that email. Not only was this a new program, but I would be one of just two Ross students attending SSE that semester.

When I told my family members and friends that I would be spending five months in Stockholm, Sweden I got a lot of similar responses. A common one was always, “How can you prepare to live there for five months when you’ve never been there before?” I also got a lot of “Sweden in January? You must be crazy!” But I stuck to my decision, nonetheless.

This was just another point in my life where I found myself in this “guinea pig” role, and I could not have been more excited.

I left the U.S. in mid-January of last year with a backpack full of travel guides, and no idea what to expect.

While daunting at first to be moving to a new city with no one I knew, one of my favorite things about the exchange program at SSE ended up being the diversity of the students I was able to meet. I am aware that almost every international opportunity of this type will market the diversity of their program, but I really think SSE’s is unparalleled. To give some context, my best friends and roommates in the program were from Hungary, Poland, Mexico, Thailand, Ireland, South Korea, Australia, Canada, Finland, China, Germany, Brazil, Switzerland, Sweden and many more countries that I’m surely forgetting.

We spent countless nights cooking meals in our apartment building. Some of us even did a weekend trip to the Swedish Laplands together. The experiences that I had during those five months were unforgettable and I couldn’t have picked a better group of people to explore Sweden and other parts of Europe with. All in all, my travels during the semester took me to Malta, Norway, Spain, England, Germany, Switzerland, the Czech Republic, Poland, Ireland, and the Netherlands.

In addition to those amazing experiences, I made connections and formed lifelong relationships with many of my friends in the exchange program at SSE. Whether it was sharing an authentic Thai meal with my neighbors, drinking my friend’s homemade Hungarian palinka, or just having meaningful conversations with friends, these people shared their life and culture with me and opened my eyes to much more than I could have ever imagined.

I can still remember the photo of Stockholm embedded in that initial email. The landmark it depicted — Gamla Stan — became my absolute favorite place to explore during the five months I studied in Stockholm.

When I look back at all of my own photos now, I think about how different my life would be if I had not been brave enough to try something new and uncommon.

As I’m starting my life as a graduate of the University of Michigan, I find myself once more in the same “guinea pig” position.

I’m about to move to Austin, Texas. Once more, I’ll be alone and trying something new, and I couldn’t be more excited.

Where was your summer internship?

I worked on the risk advisory team with EY

What are your plans after Ross?

I'm doing the Masters of Professional Accounting program at the University of Texas, then working full-time for EY in Risk Advisory

What was the last thing you watched on Netflix? How was it?

The John Mulaney specials, all so so good!