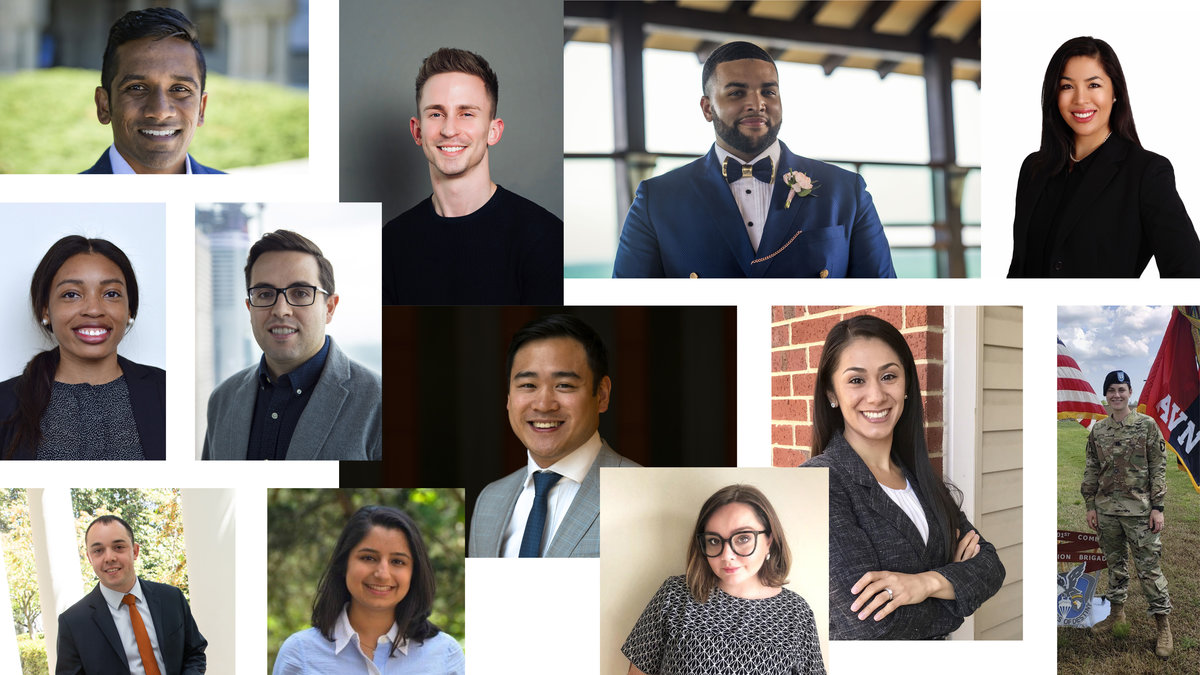 In its annual “Meet the Class” feature this year, Poets&Quants featured 12 talented and diverse members of the newest class of Full-Time MBA students at the Ross School of Business. P&Q also highlighted the many unique offerings that attract students to choose Michigan Ross and help make it a top-ranked business school.

For starters, P&Q begins the feature with two words -- “action-packed” -- and compares Michigan Ross to a movie trailer that promises a "gripping, edge-of-your-seat drama that never lets up. In an action-packed world, you’re not sitting back on the sidelines. You’re part of the action, doing what you can’t do anywhere else.” And continues, “Ross supplies a hands-dirty, project-based, experience-driven curriculum where students run businesses, partner with top firms, and simulate real-world events.”

In addition, P&Q included a Q&A with Soojin Kwon, managing director of Full-Time MBA admissions and program at Michigan Ross. Soojin talked about the most exciting new developments in the MBA program at Ross this year, including the new +Impact Studio and the Pinkert Scholars Program, her thoughts on the most underrated part of the program, and more.

Learn about the outstanding Michigan MBAs featured in P&Q’s “Meet the Class of 2021” in their own words:

What was the key factor for Banks in choosing Michigan Ross for his full-time MBA? “MAP (Multidisciplinary Action Project). I can’t wait to dive into a new industry and provide first-hand insights to optimize business performance. This opportunity to learn through experience is unrivaled at any other program! It’s basically an internship prior to my summer internship. It’s an opportunity to work in a different industry, without the pressure of recruiting for full-time employment. MAP provides an opportunity to travel, both domestically and abroad.”

What club or activity is Drimmel looking most forward to at Michigan Ross? Out for Business (OFB). From the moment I started researching schools to deciding on where to attend, OFB was unwaveringly supportive. I knew Ross was the perfect fit for me before Welcome Weekend (Go Blue Rendezvous!), but I especially felt that I had found my tribe during the OFB happy hour reception. Having been involved with several LGBTQ organizations before (and co-founding one of them), I can’t wait to officially join this club.

“Using behavioral science to design programs that empower others.”

What’s Gidwani’s biggest accomplishment in your career so far? In 2018, I helped develop a voter turnout initiative called Vote Tripling, for which I am now a senior advisor. Vote Tripling (VT) is a behavioral science-based method that encourages voters to get three of their non-voting friends to vote. VT aims to empower Americans who are often left out of the political process, either because they are not reached by campaigns or they don’t have the means to financially support campaigns. Our 2018 test results confirmed the success of VT: they showed that VT boosts turnout by at least 10x the ROI of standard voter turnout tactics. Since 2018, VT has supported dozens of political candidates in the midterm and presidential elections.

“Aspiring sommelier with a passion for empowering others.”

What led Gomez to pursue an MBA at this point in her career? I have always been drawn to organizations that are making a difference in the world. Throughout my career in the nonprofit sector, I have worked on projects that were making a positive impact on others, but I also learned of the limitations within the sector. I knew that if I wanted to make an impact at a much larger scale, I needed to strengthen my leadership acumen, deepen my business knowledge, and build a cross-industry network.

“Always adventurous, enthusiastic, and optimistic. Choosing the path that will create the best memories.”

What has been Leung’s biggest accomplishment in his career so far? I managed to get U.S. President Donald Trump to change his mind. (You’ll want to read the rest of this his story.)

What was Lo’s defining moment and how did it shape her? A defining moment for me was one Thanksgiving when I was 10-years-old. My father drove our family around the small town that he grew up in Orange Cove, California. This experience opened my eyes to the hardships my father faced moving to California from Hong Kong at a young age with limited resources. I learned that the things I grew up taking for granted — such as having braces, playing on sports teams, and getting new shoes for school — were unattainable dreams for my dad growing up. Being able to understand where my family came from and the hardships they faced in order to provide the opportunities my sister and I have today is something I will always cherish.

“Army veteran and mother of two, my husband is also Ross Class of 2021.”

What was Mixon’s biggest accomplishment in her career so far:  Leading an organization of over 200 soldiers for two years in the 101st Airborne Division at Fort Campbell, KY.

What quality best describes the MBA classmates Mixon’s met so far and why? My classmates are genuine. Not only are they talented, but they want to share their talents and experiences with their fellow classmates so that come graduation we can all go out into the world and make a positive impact.

“Huge advocate for incorporating peanut butter into as many recipes as possible.”

What was Ogene’s biggest accomplishment in her career so far? When I first joined Hulu, there were no affinity groups at my office that catered to minorities despite a large number of employees being people of color. In turn, I launched Hulu Black in hopes of creating a support system for African Americans that would give them access to senior managers who had the power to bring their voices to the forefront of the conversation. During my time at Hulu, the group grew from 10 to over 100 members and it was wonderful seeing the camaraderie and support that was fostered.

What was the most challenging question Pandian was asked during the admissions process? “Describe a perfect hospital” — After talking about my passion in the healthcare space and the various inefficiencies and pitfalls of modern healthcare, I was asked to describe my version of a perfect hospital. In that moment, I could envision thousands of diagrams and operating protocols but still be nowhere close to a functional healthcare system, let alone a perfect one. Weighing the sometimes-competing interests of patients, providers, and payers, I am hoping my MBA coursework will help me find a better answer to this question.

Fun Fact About Tenenbaum: As an Air Force officer stationed at the White House, I visited 11 states, nine countries, and took 41 flights on Air Force One.

What quality best describes the MBA classmates Tennebaum’s met so far and why? The supportiveness from my classmates has been overwhelming. From the first conversations I had with Rossers through today, I never felt like a question or request was received with anything other than a willingness to help.

“A problem-solver, tech enthusiast and idealist. I’m ambitious and passionate about women empowerment and digital transformation.”

What was Xavier’s defining moment and how did it shape who she is? It was when I became pregnant at 15 while studying in a military school. Up until a few years ago, my professional and personal path wasn’t intentional, it was the product of my circumstances. Balancing work and study as a single (very!) young mother was remarkably difficult and lonely, even though I had more help and support than teenage moms normally do. I’m very privileged to have had teachers who didn’t mind that I brought my daughter to classes, bosses who understood that I needed a flexible schedule, and, of course, my friends and family who were always there for me to give a ride, help me move, or stay with my daughter during business trips. There are not enough words to describe the “I made it” feeling that I got when I was accepted to Ross.

“Mexican born and raised, with a passion for food, drinks, music, and sports. Tequila to bourbon, J Balvin to Frank Sinatra, Tacos al Pastor to Buffalo Wings, Fútbol to Football”

What was Zirion Rivera’s biggest accomplishment in his career so far: In 2016, as part of the Operations Team at Uber, I led a team of super-talented individuals in launching three new cities in Mexico: Toluca, Cuernavaca, and Hermosillo. It is not often you have the power and responsibility to change the way people move in a city. The feeling of pride I felt after arriving a couple of weeks before launch, hustling, setting everything up, and then “turning on” Uber in the city is unlike any other I’ve had in my career.