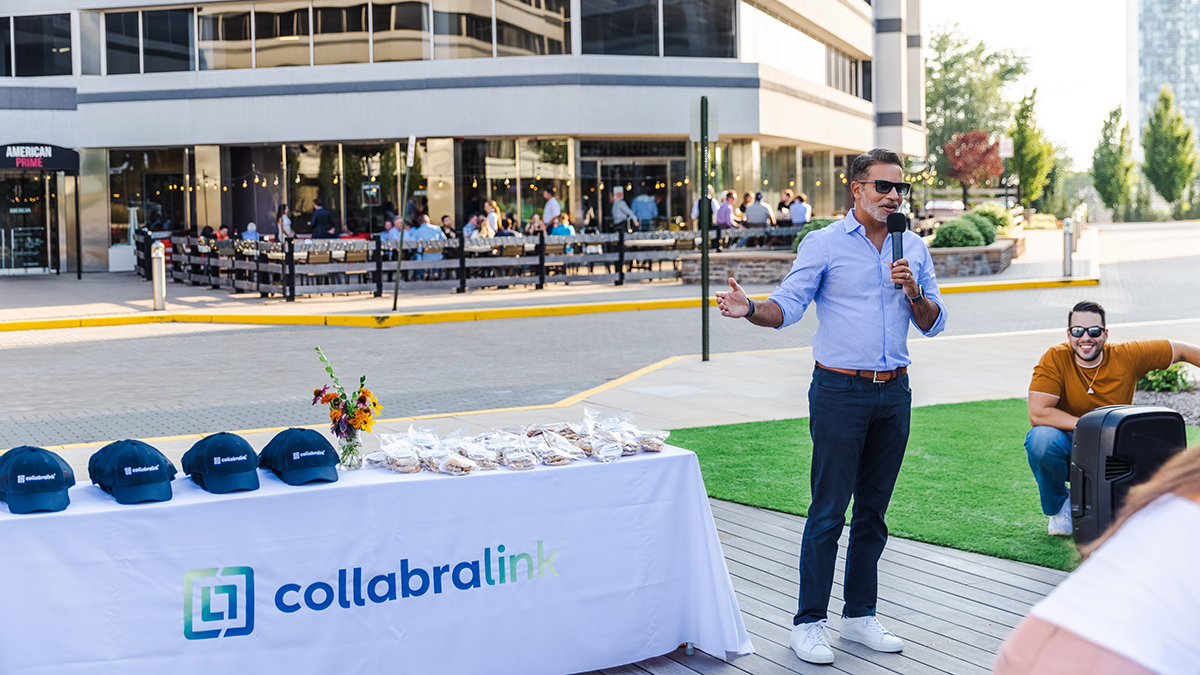 The company specializes in providing federal agencies with transformational digital services, which include cyber engineering, data sciences, and strategic consulting.

These accomplishments were not achieved without having to overcome significant obstacles.

Pandhi’s greatest challenge came at the start of his tenure when he led the company through a historic economic downturn. He did so by relying on grit, past work experiences, and many of the skills he honed through his Ross School of Business MBA.

Pandhi joined CollabraLink in 2008. His father, Yash Pandhi, started the company five years prior. At the time, the company primarily had commercial clients, including PepsiCo and Motorola.

Shortly after he joined the company, the Great Recession hit, altering CollabraLink’s financial outlook. Clients began to cut costs, and Pandhi performed a strategic review and explored untapped revenue sources. The company could sustain for a year or so. Beyond that, uncertainty lied.

“What I did for the majority of 2008,” Pandhi said, “was basically set the table for us to penetrate the federal sector.”

Over the next year and a half, Pandhi flew to Washington, D.C. often and met with federal agencies and government contractors. By August 2009, he landed a contract with the Defense Information Systems Agency. Three weeks later, the U.S. Army accepted a proposal he had personally submitted.

“Those two contracts set the stage for success going forward,” he said. “They were both in the arena of implementing modern software and made the government more digital in the delivery of its services.”

By 2010, Pandhi stabilized CollabraLink and his father retired. He then spend the next decade growing the company into a trusted federal contractor. This required him to wear many hats.

“When it was really small, I was the CEO, CFO, CTO, Chief Delivery Officer. You name it, I was in charge of it,” Pandhi said.

Beyond day-to-day operations, his MBA coursework helped him master networking, a skill that proved invaluable throughout his time as CEO of CollabraLink. In the early days, he leaned on this skill to get his foot in the door with federal agencies and decision-makers.

“I found the marketing and entrepreneurship classes very memorable and useful as I went about building my company,” Pandhi said. “Marketing yourself and your company is an art form that’s so important for a small business owner.”

Additionally, prior to CollabraLink, his MBA opened an opportunity for him at LEK Consulting. In the two years he spent there directly after graduation, he improved as a strategic thinker and gained a deeper understanding of how to evaluate businesses and new markets. Both skills were vital to CollabraLink’s success.

“The almost two years I spent at LEK was the equivalent of five or six years in the industry,” Pandhi said. “It was a true crash course that had me feeling supremely confident and ready to tackle most anything. Michigan Ross gave me that opportunity, and in retrospect, I'm so glad I walked through that door."

Captivated by the U-M culture 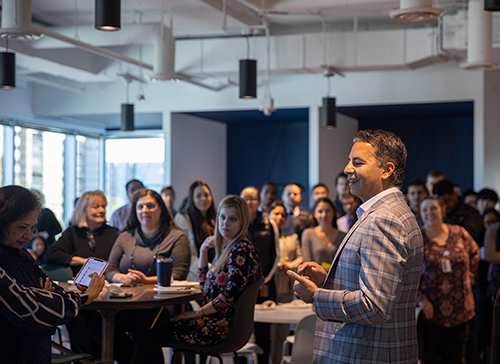 For as well as his Michigan Ross education prepared him for a career as an entrepreneur, it was the culture that first attracted Pandhi to the University of Michigan. After he was accepted into the Full-Time MBA Program, Pandhi attended an admitted students weekend and knew Ross was the place for him.

“I met so many grounded, down-to-earth, good folks that were in the program,” Pandhi said. “It made me feel super comfortable that I would fit in well and be able to thrive. It was honestly a no-brainer for me to make the decision to come to Ross and make Ann Arbor my home for two years.”

Those two years, which included a Multidisciplinary Action Projects course in Lima, Peru, were integral to Pandhi’s career. It’s also where he uncovered the blueprint for the type of workplace he intended to foster.

“I really loved the diversity, collegiality, and camaraderie I felt at Ross,” Pandhi said. “The culture at Michigan was so welcoming and inclusive; it was almost palpable. I really tried to replicate this at CollabraLink. We focused on a warm, inclusive culture that emphasized respect for the individual.”

The result: CollabraLink was named one of Washington Post's Top Workplaces in 2020 and 2021.

In December 2021, Pandhi sold a majority stake in CollabraLink to Washington Harbour Partners, a Washington, D.C.-based private equity and investment firm. He’s currently a CollabraLink board member, executive vice president, and minority stakeholder. In these roles, Pandhi is able to remain involved in the company and play a key role in its future success.

“We still have a unique opportunity to impact the lives of citizens all across this country with the work that we do every day at CollabraLink,” Pandhi said. “We aren't simply building widgets and selling them for a profit, we are actually helping to advance the delivery of federal services to people of the nation.”

Pandhi took a sabbatical through May 2022 to rest and spend time with his wife and three children. He also used the time to reflect on his journey at CollabraLink and the challenges he overcame.

As he transitions to his next career phase, Pandhi will use some of his extra time and flexibility to reconnect with Michigan Ross. This will include returning this spring as a guest speaker for Professor Mike Barger's High Stakes Leadership course.

“This feels like not only an obvious way for me to get involved with what I loved during my time at Michigan Ross,” Pandhi said, “but also a great segue for me as I think about the next chapter of my professional career.”

Thanks in part to his experiences at Michigan Ross, he’s well-prepared for whatever that chapter entails. 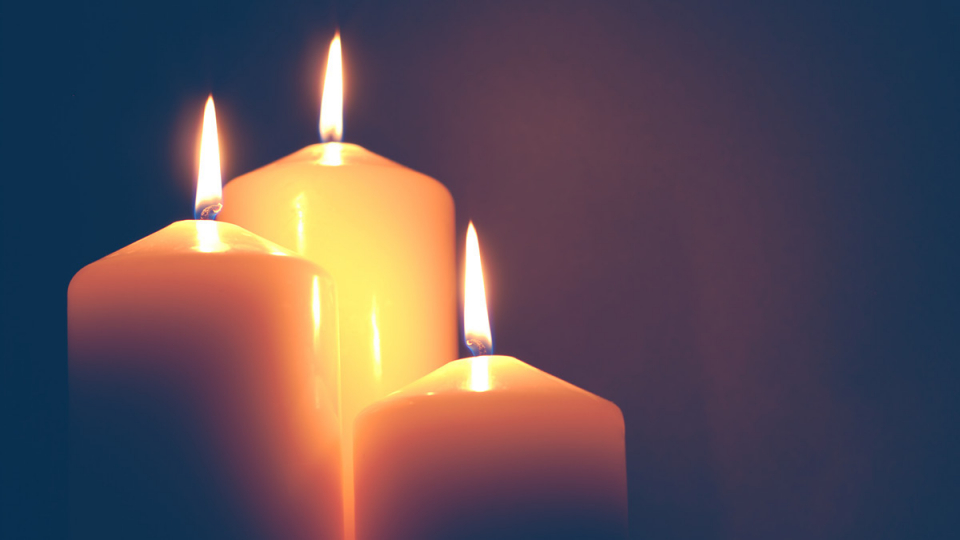