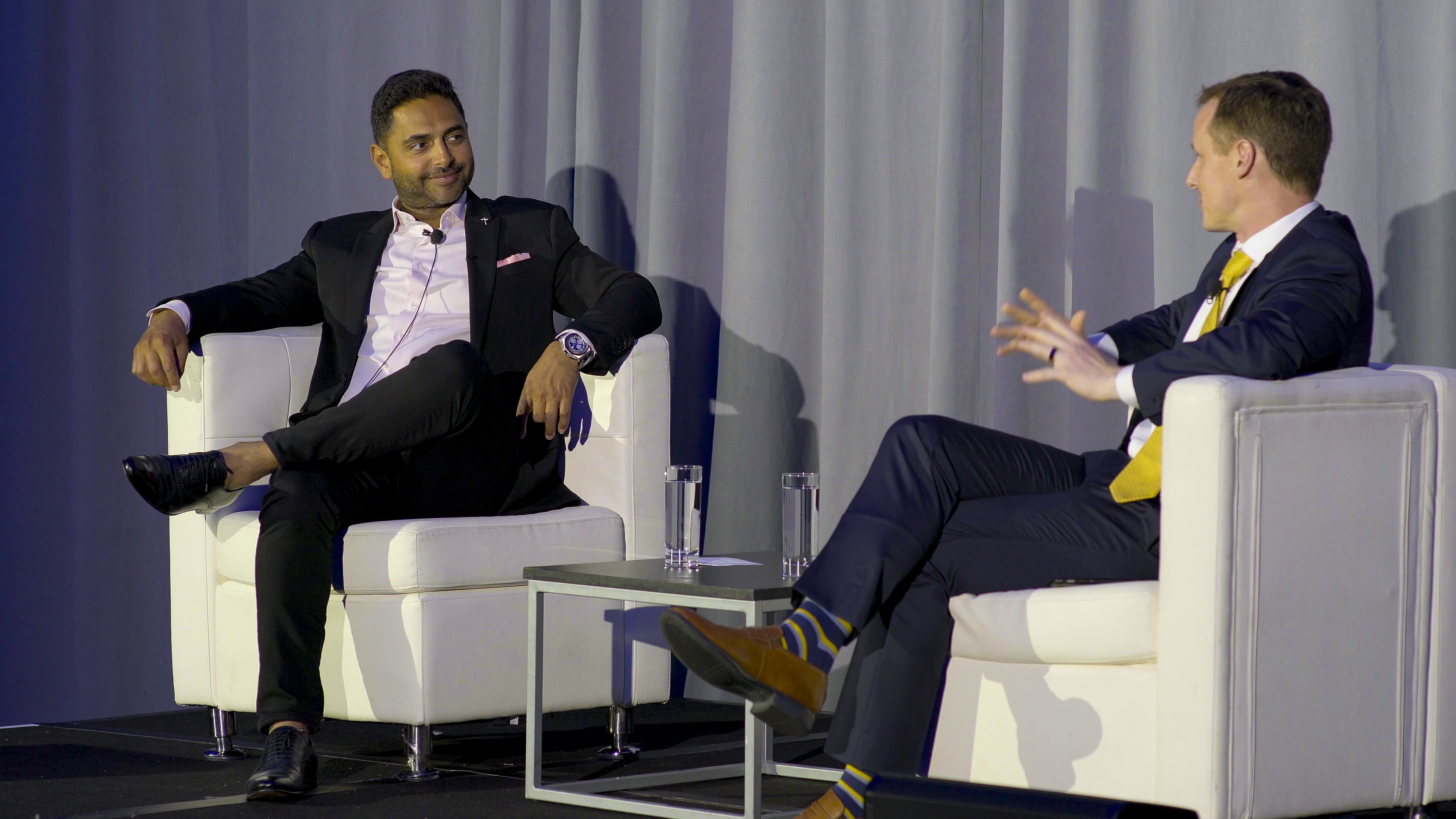 Michigan Ross alum Rohan Oza, MBA ‘97, is the man behind some of the most lucrative celebrity brand endorsement and equity deals of the decade.

Dubbed the “Hollywood brand father,” he has connected big names in entertainment like 50 Cent, Justin Timberlake, and Jennifer Anniston to alternative beverage brands like Vitaminwater, Smartwater, and Bai.

His entrepreneurial success then led him to primetime television as a guest judge on ABC’s Shark Tank. Recently, Scott DeRue, the Edward J. Frey Dean of the Stephen M. Ross School of Business, had the chance to sit down with Oza at an alumni RossTalks event in New York.

The two discussed Oza’s life and career from marketing at Coca-Cola to Vitaminwater to venture capital and becoming a Shark Tank investor, as well as topics in branding and entrepreneurship.

Watch the interview below:

On branding and influencer strategy:
“I believe in brand messiahs, not brand managers... you’ve got to love what you’re doing. Whether it’s beverages or real estate, you’ve got to be passionate about it. Because if you’re passionate, then you’re a messiah for your brand and your company.”

On how the Michigan Ross MBA impacted his career path:
“[Ross] gave me a platform from which to leap into a field that I was very passionate about. I couldn’t get into marketing and branding from where I was, and Michigan allowed me to do that… I think that with Michigan, you have a combination of size and talent. And if you combine the two, it’s one of the best alumni networks in the world. Networking amongst the Michigan base is a great way to try and progress your career.”