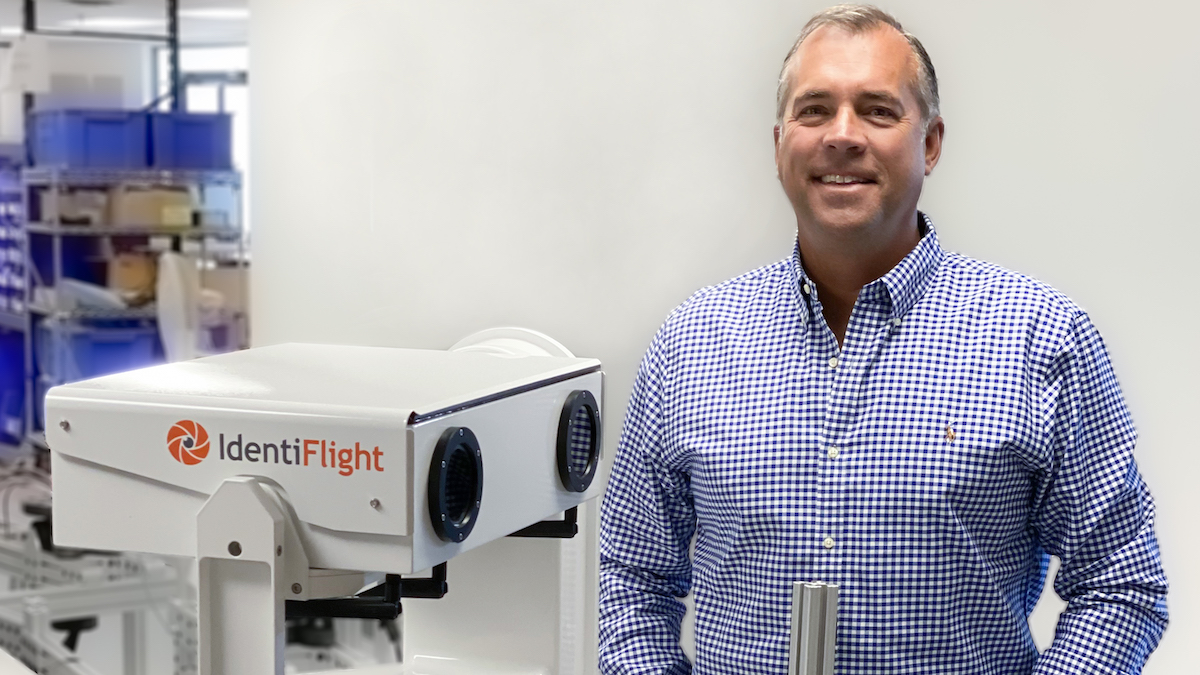 For the last nine years, Don Mills, MBA '93, has led Boulder Imaging, based in Louisville, Colorado, as its president and COO. Under his direction, the company has expanded its software and technology offerings and continued to create solutions to the unexpected problems brought on by innovation.

According to the United States Fish and Wildlife Service, eagles are particularly susceptible to wind turbine fatalities. And because they are protected by the Bald and Golden Eagle Protection Act, wind facility operators must first obtain a permit, which may take years.

Yet prior to six years ago, Boulder Imaging had nothing to do with renewable energy. It took bold strategy and adaptability to get there, which required Mills to lean on the skills developed in his Michigan Ross MBA as well as his undergraduate degree in mechanical engineering.

A journey of innovation

Through its Vision Inspector and AI technologies, Boulder Imaging is a global leader in inspecting banknotes, as well as architectural products, such as floor, wall, and ceiling materials. These often feature complex patterns, surface textures, and color variations that are nearly impossible for the naked eye to inspect at rapid speeds.

But in 2015, Mills and his team at Boulder Imaging decided to use those same technologies to assist wind farm operators in significantly reducing eagle fatalities. In conjunction with a local wind farm developer, IdentiFlight was invented.

First, IdentiFlight captures images of and identifies protected bird species. Then it can efficiently turn turbines off and on based on whether their spinning blades are impeding an eagle’s flight path.

It also expedites the permitting process. Typically, a field biologist must first study eagle migrations through a wind farm site for two to three years.

“By having the IdentiFlight technology objectively working around the clock in the proposed wind farm site, you're able to shortcut the permitting process because you have much richer data sets,” Mills said.

“IdentiFlight commercial sales were launched in 2018 and we are now operating over 120 towers in five countries on three continents,” Mills said.

Thus far, he says wind farm developers, as well as the U.S. Fish and Wildlife Service, are very satisfied with IdentiFlight’s results.

An admiration for ‘mental agility’

After graduating from the University of Michigan with a degree in mechanical engineering in 1988, Mills took a job with the Ford Motor Co. There he met a number of impactful mentors and leaders. More than anything he admired their mental agility and wanted to hone such a skill for himself.

“The ability to move adeptly, often in a single day, among human resources, legal, financial, marketing, and strategic topics made a very positive impression on me,” Mills said. “I was lucky to gain some valuable mentors, and their advice for me was to pursue an MBA and obtain the additional training and education to achieve my career goals.”

Mills returned to his alma mater to pursue a graduate degree from Michigan Ross for three reasons. First, he felt the school incorporated strategic thinking into the curriculum of every class. It was also vital to Mills that he be part of a diverse student body, and he saw how Michigan Ross successfully cultivated applicants from a variety of career, academic, cultural, and racial backgrounds.

Lastly, Mills’ class was able to be a part of one of the inaugural sections of the Multidisciplinary Action Projects, an immersive, action-based course unique to Michigan Ross when it launched in 1991.

“The MAP program was extremely innovative at the time and captured my attention as well as MBA programs around the world,” he said.

Nearly 30 years later, Mills still relies on the skill and knowledge he developed at Michigan Ross and often harkens back to a quote from a former professor and influential business thinker.

“I can remember C.K. Prahalad stating that ‘strategy is born out of the gap of where you are and where you want to be.’ That statement left a lasting impression on me and I still quote him repeatedly in our work at Boulder Imaging,” Mills said. “Our company is at a critical inflection point in the incredibly dynamic industry of AI, so cross-functional strategic thinking is a critical responsibility within our leadership team.”

Without his Michigan Ross education, Mills says he wouldn’t be the agile strategist he is today. Thus a company known for the rapid inspection of banknotes and ceiling tiles may not also be revolutionizing conservation and assisting industry wide-growth within the wind energy business.