Inspired by his experience as an undocumented immigrant in the United States, Ivan Aragon, MBA ’19, is working to create a more inclusive, personal mortgage lending experience with the brokerage firm he founded in Phoenix, Ariz. 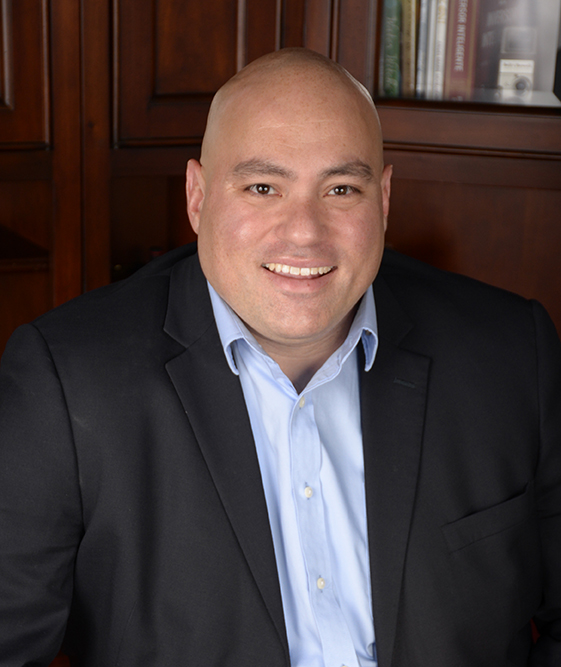 Sensibly Home Loans is licensed in California, Arizona, Texas and Florida. Aragon’s vision aims to transform Sensibly into the premier lender in 20 states.

“Our goal is to bring home ownership to everyone, particularly underrepresented minorities who have been left out,” Aragon says. “That includes those who are first generation who don’t have the financial wherewithal to get into home ownership and into other ways of creating wealth through real estate. Everybody should be treated with dignity, regardless of background, and have a great experience going through the mortgage lending process.”

A path shaped by immigration

The mission is a personal one for Aragon, who was born in Chihuahua, Mexico. His father passed away when Aragon was an infant and his mother decided to start over in Phoenix when Aragon was 9 years old. The family arrived on a Friday and, by Monday, Aragon was starting fifth grade in a new culture, in a new school, learning a new language.

“You’re from two places. You’re neither from here nor from there,” Aragon says of being an immigrant in the United States. “At times in my life, I saw it as a detriment. But, later in my life, I’ve seen it as a great strength to be able to be in two cultures and understand those differences.”

Aragon went on to earn an associate degree in business at Phoenix College while playing football on a scholarship. He completed his undergraduate degree in finance at Arizona State University, working as a contract employee in real estate during his last two years of school.

But, in 2008, the industry began to require that individuals be licensed, which forced Aragon — an undocumented contract worker — out of mortgage lending. For the next several years, he instead pursued a variety of management opportunities in insurance and supply chain management.

DACA and the support of Michigan Ross

The introduction of the Deferred Action for Childhood Arrivals policy in 2012 was pivotal for Aragon’s life and career. DACA protected immigrants who came to the United States as children from deportation and gave them a work permit. The policy opened doors of opportunity that were once closed to him, such as being able to apply for state licenses, travel freely throughout the country and obtain jobs that offered more security than contract positions.

Aragon, who was in his 30s at the time, decided earning an MBA could help him reboot his mortgage lending career, which had been fractured by his prior undocumented status. When he looked at potential schools, the Ross School of Business stood out as a welcoming, collaborative environment where Aragon could bring his whole self and thrive.

But, on Aragon’s first day at Ross, DACA was canceled. While the decision was later reversed through the courts, it temporarily threw Aragon’s life into turmoil.

“I made a public Facebook and Instagram post the day DACA was canceled. I wanted people to know that they knew somebody,” Aragon says. “It went viral through Ross and the whole community rallied behind me. That made my experience totally different because I knew I had the support of the Ross School of Business.”

Lessons resonate in the real world

As an entrepreneur, Aragon says he wears many hats — from sales to vendor relationships — and that the lessons he learned at Ross remain vitally relevant.

“Jeffrey Sanchez-Burks was one of my favorite professors,” Aragon says. “He taught negotiations. His class made me think differently about relationships and the way I establish those and create value.

“Launching Sensibly Home loans has been a roller coaster,” Aragon says. “We knew the market would be shifting. We just didn’t expect it to shift all within six months. So we’ve learned to go back to the basics, to create value in relationships.

“We’re a brand new company. We had to change what we were doing and pivot and go right into this new market we’re facing,” he says. “So, academically, those strategy classes, those pricing classes, those marketing classes, have been great and are still things that I use today.”

Aragon adds that he will share some of the lessons he’s learned in season two of his Home Loan MBA podcast, which demystifies the home loan process. The new season will focus on creative ways to take advantage of the changing market, as well as how it affects loan programs and qualification.

Beyond academics, Aragon says he learned how to build relationships through recruiting and other networking events at Ross, a skill that continues to help him provide value to his business partners and fellow alumni.

"For current students, my biggest lesson learned at Ross was to explore it all,” he says. “There’s not another time when you’re going to have this many people, from different industries, to talk to. That to me has been the biggest benefit. Now, as I talk to clients from all walks of life, I can relate.”

Aragon serves on the board of directors for U-M Latino Alumni and is president of the Michigan Ross Alumni Club of Phoenix. He also co-founded the Latinx MBA Association, which has expanded to 1,000 members who represent graduates of more than 120 MBA programs, with the mission to develop, empower and advance Latinx leaders in business. 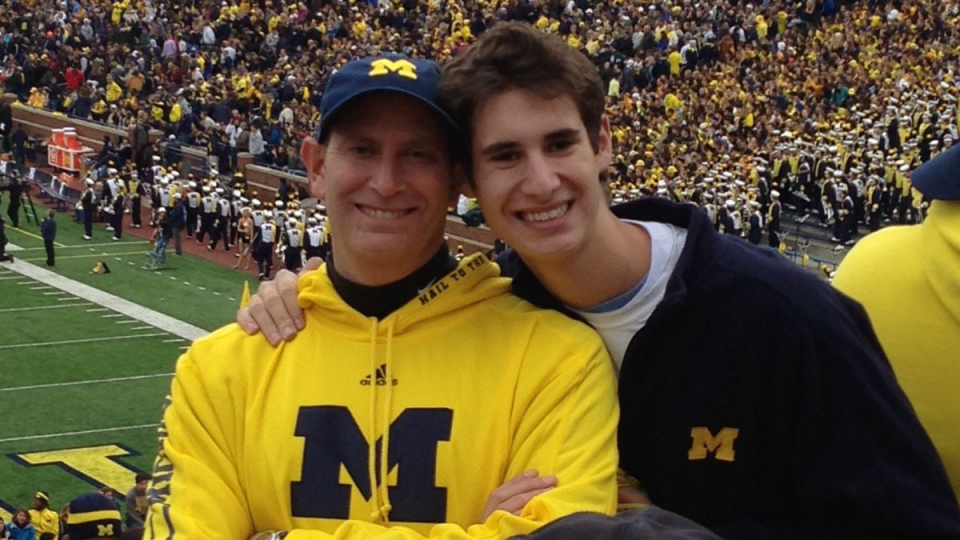 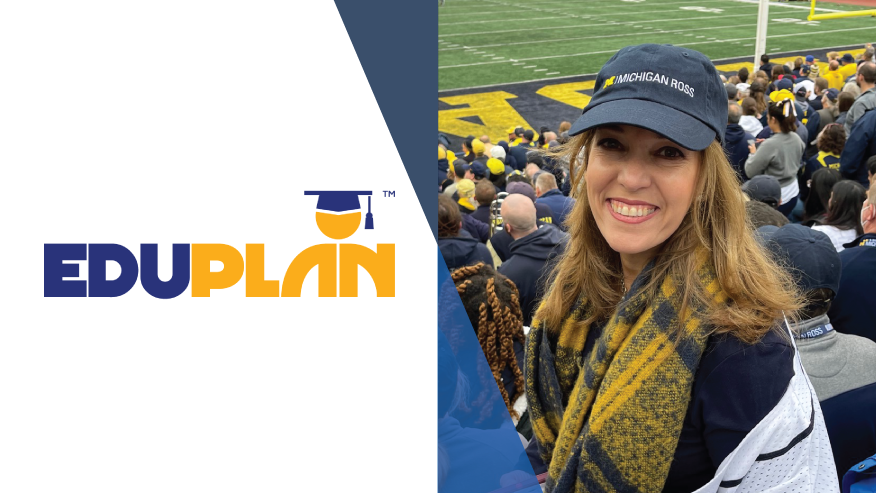 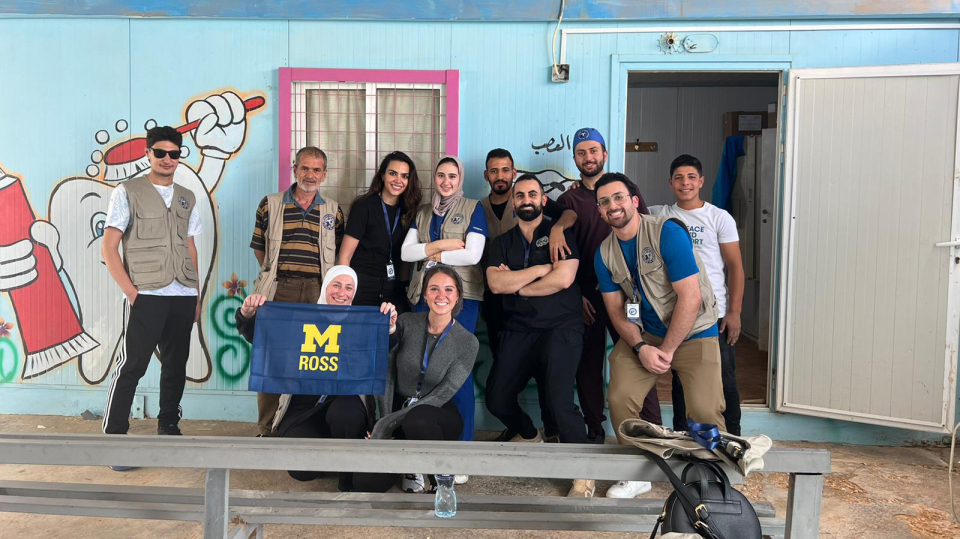 Dr. Rouzana Hares, MBA ’22: Serving with a Mission to Improve the Patient Experience