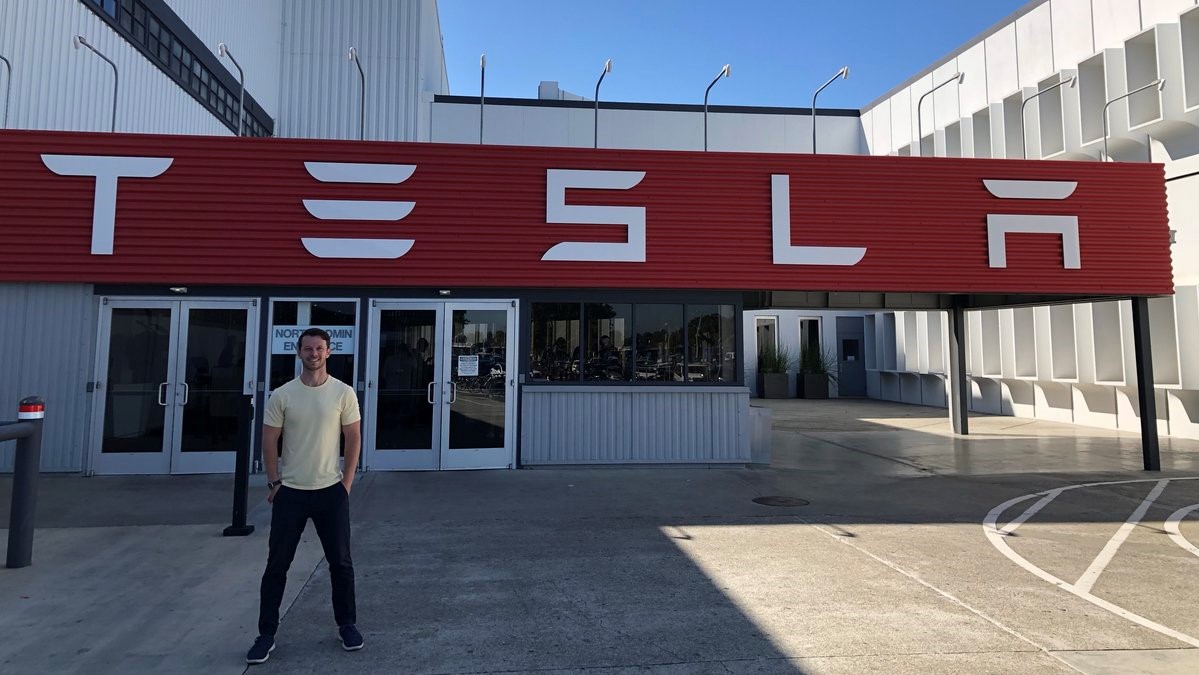 Ben Herrmann, MSCM '17, is a part of groundbreaking change through his work at Tesla delivering top-quality electric vehicles to the masses in a way that traditional automakers cannot compete.

Tesla’s goal is to bring sustainable transportation to the mass market, and Ben Herrmann, global supply chain manager, is working hard to make sure all the materials for building the electric cars get to where they need to be around the world. He also oversees buying those materials, ensuring safety on production lines, and finding solutions to construct a new production facility in Shanghai with an aggressive timeline and budget.

“Tesla was one of the first companies to leverage new technology to make better products with less tools and parts,” said Herrmann. “Big data and artificial intelligence have increased our visibility into the supply chain so I can see where things are in real-time and know when parts will arrive at locations.”

That creates cost savings, but also makes Herrmann’s work more efficient, allowing him to manage multiple priorities that would typically be separate at other companies.

It’s these new technologies that are enabling Herrmann to assist in the opening of Tesla’s new Shanghai facility (the company’s first outside the U.S.) so quickly, accelerating growth and production.

The switch to electric vehicles needs to happen for the global good. A lot of the effects of climate change can be attributed to carbon dioxide emissions from transportation and the lasting impact of the third industrial revolution’s reliance on fossil fuels.”
-Ben Herrmann, MSCM '17
Global Supply Manager, Tesla

“It used to take multiple years to build factories; now we expect to go from swampland to making cars in roughly a year — a feat not possible without a wide breadth of technological advances connecting people and things across the globe.”

Herrmann is optimistic about the future of electric cars and their positive impact on global sustainability. “We’ve opened new frontiers of what an electric car can be, and we’re developing the needed infrastructure of charging stations to enable an EV revolution,” said Herrmann.

His success at Tesla is not only dependent on his expertise, but also on his passion and personal alignment with the mission of the company. Herrmann is especially encouraged by the positive impact of electric vehicle technology on the environment, and its ability to help save the polar bear population.

Herrmann explains that this is the type of alignment students should consider when choosing a career.

“Find a career at a company that aligns with your passions,” he said. “Surround yourself with people that share your passion and the mission of the company.”