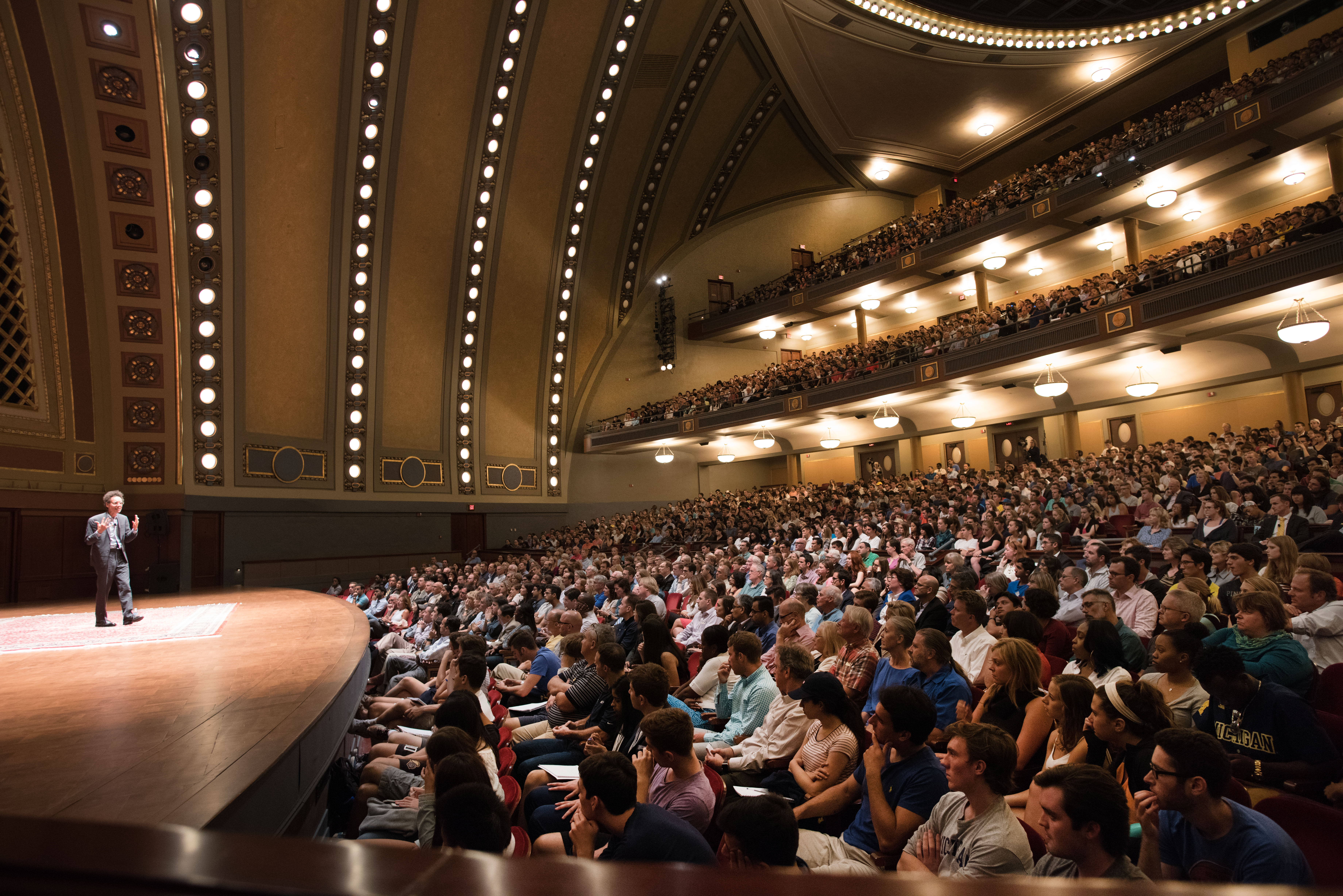 “The entrepreneur has to deal with the real world. You don’t execute brand-new, risky ideas in a vacuum,” the acclaimed author told a packed house at Hill Auditorium. “You have to get up in the morning and fight for what you believe in. There’s a social side to entrepreneurship.”

Gladwell started his remarks by describing a visit to a campus area-store. “My hat is off to the person who figured out 200 different ways to put Michigan on a T-shirt,” he said — ultimately revealing an “Ann Arbaugh” tee beneath his dress shirt.

The latest speaker in the Handleman Lecture Series at Michigan Ross, Gladwell, was welcomed by Dean Scott DeRue. “Our world has never needed us more to innovate and to advance our society,” DeRue said in introducing the evening’s theme of entrepreneurship.

Using the story of pioneering cancer researcher Emil Freireich as a prime example and weaving in tales of other innovators, Gladwell identified three key characteristics common to most successful entrepreneurs:

Following his prepared remarks, Gladwell took a few questions from the audience. Prompted to name his favorite author, he said the answer varies but called Michael Lewis “the gold standard.”

Asked about his advice to students, Gladwell spoke about patience. “For every genius who’s great out of the gate, I can give you a genius who took forever,” he said. “You can’t be in a hurry to discover where your passion lies or where your gifts lie. It can take a while.”

In response to a student question about the “disagreeable” trait and how society finds it more acceptable in men than women, Gladwell noted that focusing on traits of male entrepreneurs might reinforce a pattern of male dominance in the field. “I think that’s a very useful argument to raise. I don’t know the answer,” he said. But “we are very unforgiving of disagreeable women in all areas, and we need to get over that.”

MORE ABOUT THE HANDLEMAN LECTURE SERIES