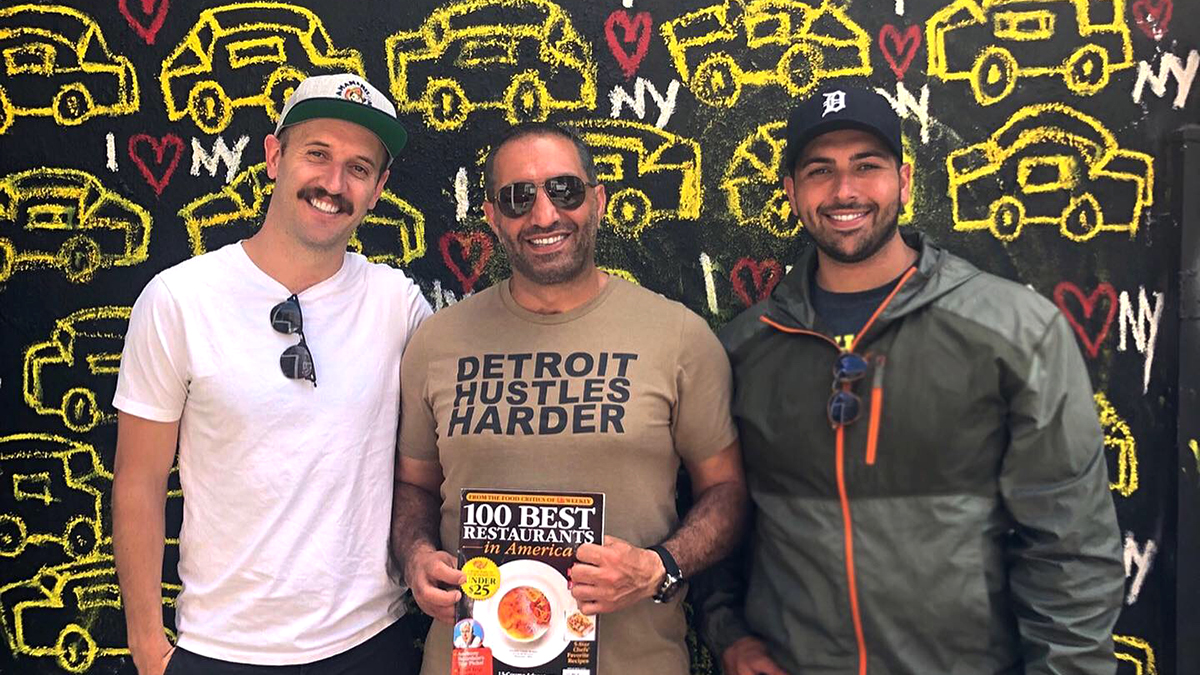 Detroit 75 Kitchen, the stationary food truck run by Ahmad Nassar, MBA ‘20, was featured by U.S. Weekly in their 2019 publication “Top 100 Restaurants in America,” highlighted as one of the country’s Top 10 food trucks.

To earn the distinction of being among America’s most crowd-pleasing food trucks, U.S. Weekly called Detroit 75 Kitchen “Michigan’s most popular food truck.” The publication also highlighted its humanitarian mission, which it described is “as satisfying as their garlic cilantro fries: employing Southwest Detroit locals and engaging local art students.” 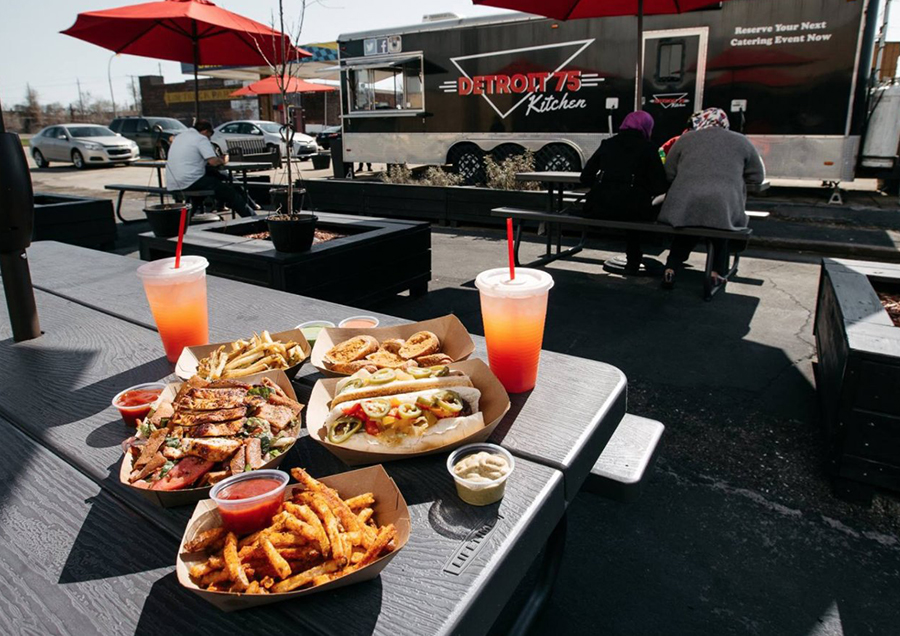 Nassar said the motivation behind Detroit 75 Kitchen’s mission dates back to 2013. Downtown Detroit, Corktown and Midtown had emerged into innovative rehabs with a slew of new construction projects to better living conditions and restaurants; however, the same could not be said of other areas around the city.

Wanting to spread that resurgence, the following year, in 2014, Nassar and his brother, Mike, established Detroit 75 Kitchen with the goal of bringing world-class sandwiches and culinary artistry to people across Southwest Detroit.

“This is where we saw an opportunity to create meaningful impact across our beloved city,” said Nassar. “Not only could we provide an eclectic palate of flavors to our neighborhood, but we could also be a force to feed and elevate redevelopment projects.”

Over the last five years, Detroit 75 Kitchen has been highly successful delivering upon its mission — employing many Southwest Detroit residents and paying them livable wages, inviting local students to paint street art in the community, and advocating for nutritional competency to children.

The food truck also has attracted thousands of hungry customers in the process. People from nearby, and across the state of Michigan and beyond have visited its stationary location off I-75 to enjoy BBQ chicken egg rolls, the Fisher Fwy. Fish Sandwich, and the famous 3rd Street Detroit Philly, among other items on its multi-cuisine menu.

The feature on U.S. Weekly’s top restaurants’ and food trucks’ lists are only the latest accolades that Nassar’s food truck has received after being recognized for its brunch, french fries, outdoor dining, and more by various media outlets.

“This is proof that our mission to elevate Southwest Detroit is working, and that our work is valuable,” emphasized Nassar. But, while celebrating this success, Nassar said they’re already thinking about what comes next.

“We want to influence others and pave the way for new businesses to become our neighbors and our friends,” he explained.