Writing in The Conversation, Associate Dean Jerry Davis explains the importance of how we define corporate size. 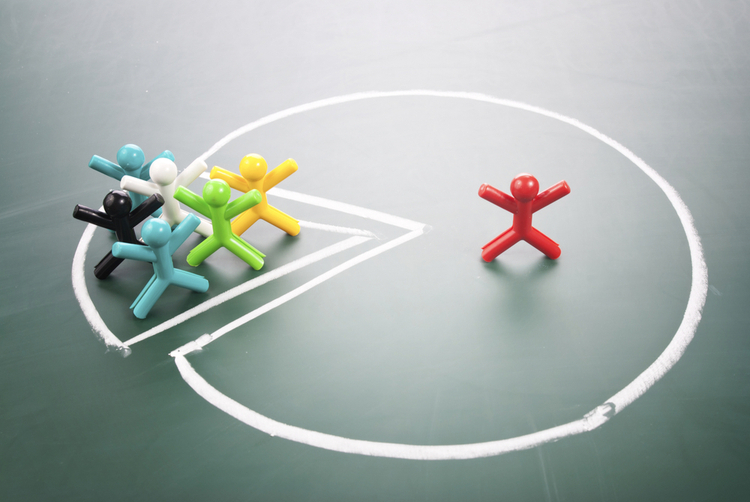 By Jerry Davis, University of Michigan Ross School of Business

On Aug. 2, Apple became the first U.S. public corporation to achieve a US $1 trillion valuation, making it the largest company in the world – by one measure at least.

A New York Times article proclaimed that this milestone “reflects the rise of powerful megacompanies” that control a large and growing share of all corporate profits. It also warned that this phenomenon might be contributing to stagnant wages, a shrinking middle class, and rising income inequality, suggesting regulators may need to rein them in or break them up.

But what exactly defines a “megacompany”? And what would make it so powerful that it needs dismantling, like “Ma Bell” back in the 1980s?

As a scholar of corporations, I believe that if we want to understand – and regulate – big companies, it’s important to be clear on the very different meanings of “big.”

When Fortune magazine first wanted to create a roster of America’s 500 biggest corporations in 1955, revenue was the obvious way to think about size.

A “major corporation” was one that sold a lot of products. With almost $10 billion in annual sales, thanks to its 54 percent share of the U.S. auto market, General Motors topped Fortune’s list that year.

But GM was also big in most every other way, including its stock market valuation or “market cap” (where it was No. 1), assets (No. 2, after AT&T), and employment (also just behind AT&T at 624,000). Indeed, for much of the post-war era the biggest corporations were big in every way, and market cap was very highly correlated with revenues, employment, and assets.

Not anymore. The post-industrial corporation of today is often heavy on market cap but, like Apple, light on employment and hard assets.

GM's market cap, assets and sales figures from 1968 have been converted to 2017 dollars

Mar 9, 2020
Business and the Environment, 50 Years After the First Earth Day: What’s Changed, What Hasn’t, and What Needs to Happen Now
Mar 9, 2020
Medicaid Expansion Does Not Discourage Job-Seeking Among the Unemployed
Mar 3, 2020
ACA Made Health Insurance Access More Equal But Racial, Ethnic Gaps Remain
END_OF_DOCUMENT_TOKEN_TO_BE_REPLACED