Professor David Mayer and colleagues explore how employees can most effectively influence companies. 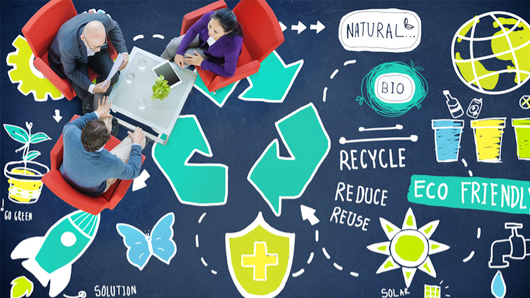 More workplaces are being asked to use their considerable economic impact to address social issues from health care to the environment, and how management is asked to help makes a difference, says a University of Michigan researcher.

"Employees often care about social issues and use their organizations as a vehicle to foster social change," said David Mayer, U-M professor of management and organizations. "Yet, despite commonly communicating through economic language, speaking up about morals can be more effective when the issue is framed to fit the company's values and mission.

"Our findings suggest that this approach works because it elicits feelings of anticipated guilt and motivates managers to devote resources and promote issues that benefit society."

Mayer and colleagues Susan Ashford of U-M, Scott Sonenshein of Rice University and Madeline Ong of Hong Kong University of Science and Technology conducted a series of surveys and an experiment to test when and how moral language could be successful in selling social issues, such as protecting the environment, expanding health care and curbing poverty.

They defined success as when an employee influenced his or her manager to spend time, money, resources and attention to address a social issue.

One survey asked 141 working adults to report times when they spoke to management about an important social issue. Participants were then asked to respond to questions about how they framed their argument.

"Almost half of the participants had done this before and were most successful at getting buy-in from their managers when they focused on morality and when they framed the issue as fitting in well with the organization's mission and values," Mayer said.

Another survey involved 88 employee-manager pairs to further study how such arguments about social issues are delivered and perceived.

Employees reported if they "used values to help sell the issue," if they "made a business case" and if they "fit their argument to the company's mission," while managers rated the employee's persuasiveness and if the organization responded positively by then advocating for that social issue.

As in the prior survey, the researchers found that when employees used moral language that fit with the organization's mission, supervisors were more likely to devote attention, time, money and other resources to the social issue. However, if the employee used economic language or moral language alone, it was not as effective.

Another experiment asked 170 adults to imagine they were supervisors at a manufacturing company and one of their employees shared an idea about incorporating a green technology. Participants then read both business and moral arguments for adding the green technology and were asked to rate the persuasiveness of the employee.

"Interestingly, we found that framing the issue as being of an economic benefit yielded better results than when it was framed as a moral issue," Mayer said. "Perhaps the participants made their decisions based on their beliefs about how managers should make decisions, that managers should always be thinking of the bottom line."

Mayer believes this research may provide support for the idea that social change within companies can come from the bottom up rather than the top down.

"It was the lower-level employees who tried to make change, and many were successful," he said. "This may provide employees inspiration in the future that they can be influential within their organizations, especially if they address an issue that fits within the company's values and mission."

Dec 7, 2020
A Biden Business Agenda: Finding New Solutions on Sustainability
Dec 3, 2020
A Better Way for Billionaires Who Want to Make Massive Donations to Society
Nov 19, 2020
How to Overcome Your Reluctance to Ask For Help at Work
END_OF_DOCUMENT_TOKEN_TO_BE_REPLACED 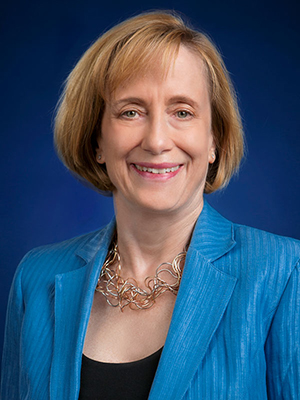 Sep 10, 2020
The Right Approach Can Turn Times of Crisis into Times of Growth
Mar 12, 2020
If Virus Concerns Have You Working From Home, Here’s Some Advice from the Pros
Jul 19, 2019
New Research Reveals Why Top Consultants Choose to Go It Alone
END_OF_DOCUMENT_TOKEN_TO_BE_REPLACED