Judging Banks' Risk by the Profits They Report 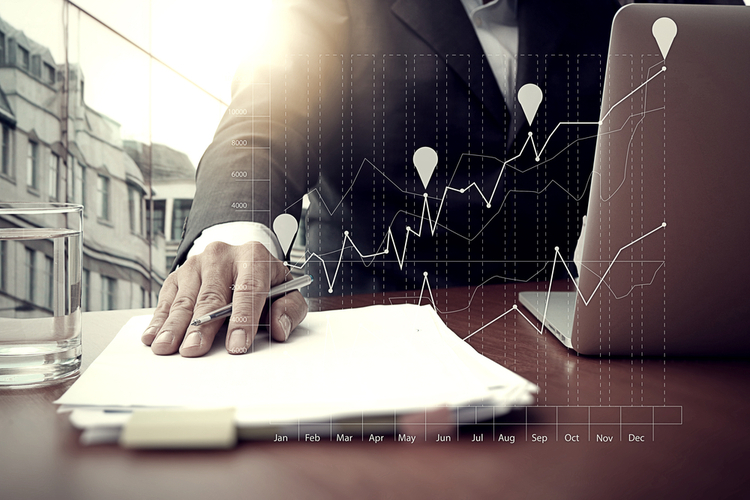 The way bank regulators assess risk for financial institutions—based on models—can be manipulated by the banks themselves. This has been a major concern for banking regulators around the world.

A better approach might be found in a simple measure that uses profitability in good times as an indicator of systematic tail risk exposure, according to University of Michigan researchers. Tail risk exposure is defined as the expected loss on a bank's stock when the market as a whole is in distress.​

Amiyatosh Purnanandam, a finance professor at U-M's Ross School of Business, was joined in the research by Stefan Nagel, formerly with the Ross School and now a professor at the University of Chicago, and Ben Meiselman, who earned his Ph.D. in economics at U-M and is now a postdoctoral fellow at Johns Hopkins University.

"Assessing bank risk is a difficult and important problem. We propose an approach that is simpler, less vulnerable to manipulation, and a useful complement to the established model-based approach," Purnanandam said. "Our model-free measure builds on the fundamental tradeoff between risk and return: It uses return in good times to estimate the underlying risk that is likely to materialize in bad times."

In most periods, or good times, default rates on banks' assets are low and default losses are concentrated in occasional recessions and crises, or bad times. The researchers use the insight that the higher a bank portfolio's expected payoff in good times, the higher its systematic risk that materializes in bad times.

Researchers looked at data around two major episodes of stress in the banking system—the 2007-08 financial crisis and the savings and loan crisis of the 1980s. Reported profits prior to the crisis predict bank stock returns on the worst day of the crisis.

And that effect was stronger if pre-crisis profits arose from non-interest income or were paid out as dividends and short-term managerial compensation. The results were especially driven by non-interest income, which they attribute to high-risk banking activity outside the core lending business.

"Our measure is less likely to be manipulated than risk weights, and it seamlessly incorporates the contribution of leverage and off-balance sheet activity to systemic risk," Purnanandam said. "Our paper makes a fundamental departure from the prevailing model-based philosophy of banking regulation.

"Under the current approach, regulators always end up fighting the last battle: wherever they discover a problem in the system, they come up with a new, more complex model that tries to fix the last problem but misses the next one.

"Our philosophy is to go after the incentives behind risk-taking, which can be easily measured by profits generated by the banks and short-term payouts to their managers in the good times."