How Did 'White' Become a Metaphor for All Things Good? 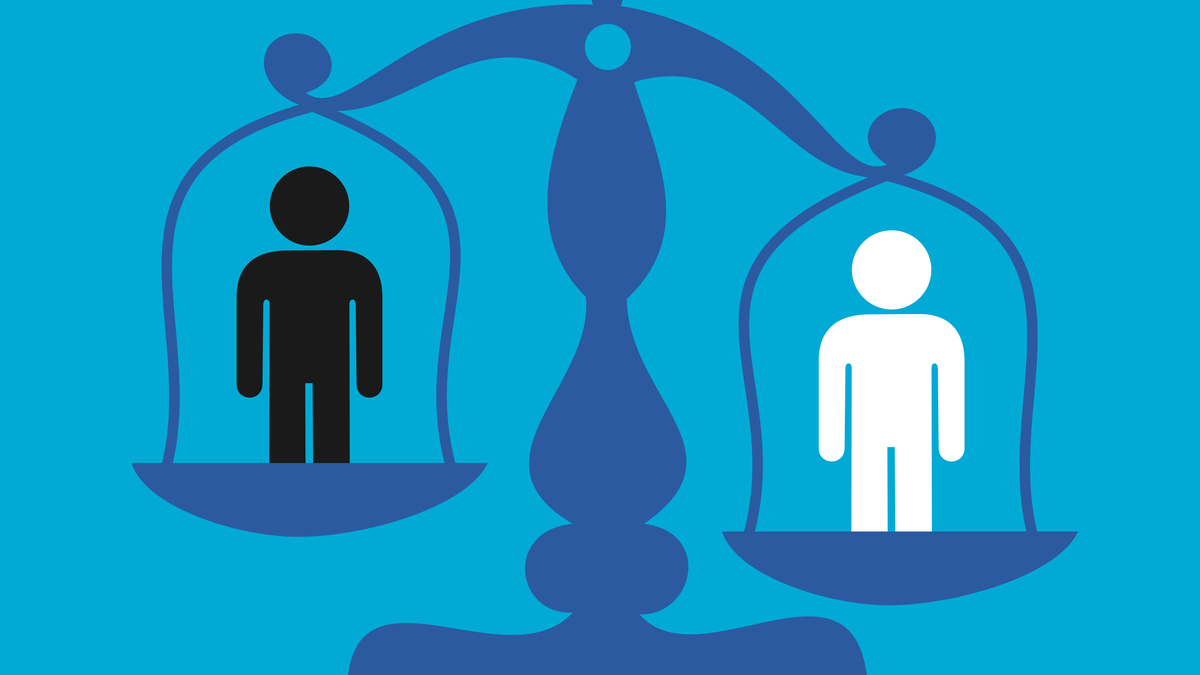 By Aradhna Krishna, University of Michigan Ross School of Business

Shortly after George Floyd’s death, one of my friends texted me that Floyd wasn’t necessarily a bad person, but, pointing to his prior stints in prison, added that “he wasn’t lily-white either.”

Soon thereafter, I read an article in The New York Times written by Chad Sanders in which he noted his agent canceled a meeting with him because he was observing a “Blackout Day” in recognition of the Black men and women who have been brutalized and killed.

In the first example, white represents purity and morality. In the other, black represents nothingness or absence – similar to the use of “black hole” as a metaphor.

These types of linguistic metaphors – pervasive in speech – have been a focus of my research.

There are “brighter days ahead” after “dark times.” We want to be whitelisted and not blacklisted for jobs. Black hats are the bad hackers and white hats the good ones. White lies make stretching the truth OK, while we don’t want to receive a black mark on our records. In picture books, good people, angels, and gods dress in white, but the villains, devils, and the Grim Reaper dress in black.

Of course, there are exceptions: We prefer to be “in the black” versus “in the red” in financial statements. But for the most part, the delineation is remarkably consistent.

How do such linguistic metaphors get formed? And do they perpetuate racism?

One theory, proposed by cognitive linguists George Lakoff and Mark Johnson, is that metaphors are a cognitive tool allowing people to comprehend what they cannot see, taste, hear, smell or touch. They help people understand difficult, abstract concepts through simpler, more tangible, paradigms.

These metaphors get formed as people gain experience in the physical world. For instance, the abstract concept of power is connected to the concrete concept of height – perhaps because, as children, we saw adults as taller and more powerful. Then, as adults, we continue to implicitly associate height with power. It isn’t just tall buildings or tall people. In multiple studies, participants judged symbols representing people or groups to be more powerful if they simply appeared at a higher position on a page than other symbols.

My research with fellow behavioral scientists Luca Cian and Norbert Schwarz found that vertical position also has an implicit association with emotionality and rationality.

If something is at the top of a page or a screen, we tend to perceive it as more rational, whereas if something is at the bottom, it appears more emotional. One reason may be that we metaphorically tend to connect the heart with emotion and the head with logic, and, in the physical world, our heads are actually higher than our hearts.

In a similar vein, fresh snow and clean water are white or transparent, whereas sullied water turns brown and then black. It is also bright and relatively safer during the day, but dark and more dangerous at night. While observing all of this, we start forming conceptual metaphors – or subconscious connections – between color and goodness.

Experiments have documented the existence of this relationship.

In one paper, for example, psychologists Brian Meier, Michael Robinson and Gerald Clore showed that the color white is implicitly connected with morality, and the color black with immorality.

In another study, they asked participants to evaluate words as positive or negative. The words were shown in black or white font on a computer screen with a program measuring the speed of the classification.

These studies have been replicated, and the same findings emerge, indicating that they’re not a fluke: The perceptual-conceptual links between color and goodness are ingrained in people.

Could something as simple as the color-goodness relationship drive racial prejudice?

In the color-goodness studies above, black and white colors were connected with good and bad. Implicit race bias tests, on the other hand, look for a connection between Black and white faces and goodness.

There is a subtle but important difference here. The implicit bias race test detects prejudice towards Black people. So besides skin color, it also picks up reactions to other differences in appearance – from hair to facial structure – along with any animosity one may have previously harbored. Still, the color-goodness association is clearly a factor in racial prejudice.

Can these conceptual metaphors – so ingrained in our everyday speech – be upended? What if we wrote that something was as pure as the blackest eyes; as rich as the darkest hair; or as sophisticated as a black dress?

What if gods and heroes were dressed in black and villains in white?

What if, as Muhammad Ali pointed out in a 1971 interview, we had vanilla devil’s food cake and dark-chocolate angel cake?

Metaphors aren’t ironclad. It’s possible to consciously change the way we write, draw, design costumes – and, yes, bake. Over time, perhaps this could gradually erode some of our implicit biases.

Aradhna Krishna is the Dwight F. Benson Professor of Marketing at the University of Michigan Ross School of Business. This article originally appeared in The Conversation.