The Illusion of Multitasking Improves Performance

Research by Michigan Ross Professor Shalena Srna finds that those who believe they’re doing multiple things at once tend to perform better. 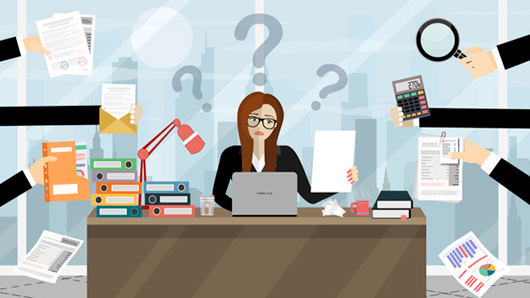 Although the need to perform more than one task simultaneously has seemingly become part of modern life, research has made clear that there’s really no such thing as multitasking. Even when we’re working on two or more activities at the same time, our brain is actually switching between them repeatedly ― and performance suffers.

However, new research led by Michigan Ross Professor Shalena Srna finds that the mere perception of multitasking does have some power: People who think that they are doing two things at once perform better than those who see the same situation as a single task.

“We’re constantly juggling different activities to meet the demands on our time, both at work and at home,” Srna said in a recent interview. “But you can’t actually multitask. Multitasking is sort of an illusion.”

Srna and her colleagues found that most complex tasks could be thought of as either multitasking or not ― for example, “listening to a lecture and taking notes at the same time” would be considered multitasking, whereas “taking lecture notes” would not.

“We found that people who believed they were multitasking actually performed better. They wrote better quality notes and they were more engaged with the content of the lecture,” Srna said.

The researchers analyzed data from around 30 studies that used a variety of tasks, including transcribing videos, solving math problems, and doing word searches. The size of the effect varied depending on the particular task; in some cases, performance among the multitaskers was twice as strong.

Srna cautions that the research does not mean that multitasking is a good thing. The lesson here, she explained, is that if you do have to juggle multiple tasks simultaneously, you’ll perform better if you recognize that you’re multitasking. Furthermore, even if you are doing a single activity, if it is complex, breaking it down into its components and perceiving it as multitasking could also improve performance.

“I would never tell people to multitask. We know that multitasking is bad, but often we don't have the choice. Recognizing that you’re engaging in multiple tasks should help.”

Shalena Srna is an assistant professor marketing at the University of Michigan Ross School of Business. The paper, “The Illusion of Multitasking and Its Positive Effect on Performance,” by Srna, Rom Y. Schrift of the University of Pennsylvania’s Wharton School, and Gal Zauberman of the Yale School of Management, was recently published in the Journal of Psychological Science.