Negotiating: Making the First Move Pays, But be Ready for Anxiety

Negotiators who make the first move do better, but pay the price of anxiety. Find out how to change that.

ANN ARBOR, Mich. — Emotional alignment is key to using evidence-based strategies. Making the first offer in a negotiation is a prime example of that, according to new research by Michigan Ross Professor Shirli Kopelman.

She's found that the proven strategy of moving first in a negotiation is tempered by anxiety. Making the first offer is the right move economically. It anchors the discussion around that first number, and the final price is significantly correlated with the first offer. But first movers paradoxically feel less satisfied with the advantageous outcome than the other side, according to two studies Kopelman performed with co-authors Ashleigh Shelby Rosette of the Fuqua School of Business at Duke University and JeAnna Lanza Abbott of the C.T. Bauer College of Business at the University of Houston.

"The danger for people in the field is that if you are in a negotiation and make the first offer, that anxiety and dissatisfaction would cause you to not be the first mover again," said Kopelman, assistant professor of management and organizations. "The evidence is clear: making the first offer is financially beneficial. But this is where emotions get in the way of evidence, potentially leading people to forego a winning strategy."

What causes the anxiety? The first mover feels uncertainty about what would be a good offer. Putting the first number out there in a price negotiation feels like taking a leap, even if it's not.

So how can a negotiator "stick to her guns" and make that first offer despite the anxiety? One way is to practice. Simulations and role play lessen not only the natural stress of being in a negotiation, but can instill confidence in that first offer," Kopelman said. Another way is to re-frame the first offer as a wider proposition.

"There's a price associated with everything, and when you make the first offer on price you have to justify it, own it, and ground it. But you can frame it collaboratively," she said. "You interweave it into the value-creation story. When you make that first offer, you also walk the other side through a value proposition in addition to the price. Now you're not just negotiating a number. You can also move on the price if you include other things in the offer. It's less stressful than just haggling over a number."

One of the biggest hurdles to overcome is simply recognizing the anxiety.

"Anxiety can be managed," Kopelman said.

Kopelman has developed a positive model of negotiations, in which mindful and strategic display and response to emotions is critical to success.

"You should go into a negotiation knowing that you may be nervous about making the first offer, but that it's really the best move," she said.

This recent scientific finding suggests that if you successfully manage the anxiety you experience when you make the first offer, you will both make more money and feel satisfied. The upshot? Your negotiation partners might also be happy because they didn't need to make the first offer.

Dec 7, 2020
A Biden Business Agenda: Finding New Solutions on Sustainability
Dec 3, 2020
A Better Way for Billionaires Who Want to Make Massive Donations to Society
Nov 19, 2020
How to Overcome Your Reluctance to Ask For Help at Work
END_OF_DOCUMENT_TOKEN_TO_BE_REPLACED 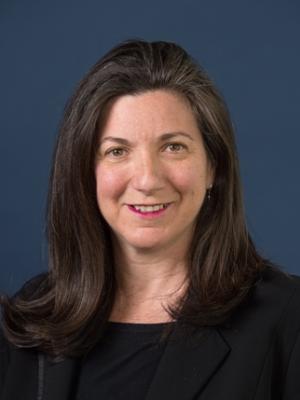 Jun 19, 2020
LISTEN NOW: What If You’re Planning to Quit, But You Get Laid Off Instead?
May 13, 2020
Transforming the Debate: Negotiating Sustainable Peace à la Rapoport
May 6, 2019
New Research Suggests Very Angry Customers Sometimes Get More Money From Customer Service Representatives
END_OF_DOCUMENT_TOKEN_TO_BE_REPLACED