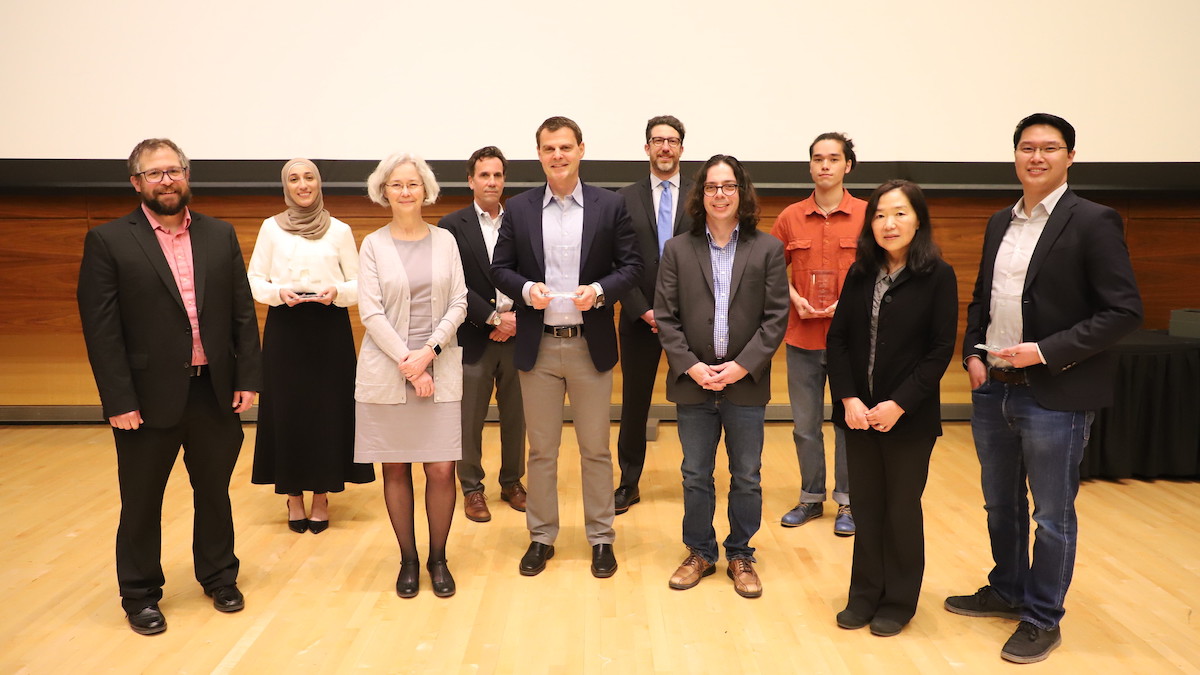 The range of scholarship on issues of diversity, equity, and inclusion being conducted at the Ross School of Business was recently showcased at the DEI Research and Teaching Awards ceremony.

“This event brings our community together to celebrate the research and teaching that is done by members of our community, and that support our DEI efforts,” Interim Dean Francine Lafontaine said in her opening remarks.

The annual research awards honor the work of undergraduate and graduate students as well as faculty members. The event also recognized the second recipient of the annual J. Frank Yates Diversity and Inclusion Teaching Excellence Award, honoring a member of the faculty who demonstrates a commitment to diversity and inclusion and makes a significant positive impact on the learning and personal growth of Ross students.

Ross Director of Diversity and Inclusion Thomas Bell spoke about the numerous individuals, committees, clubs, and other organizations working on DEI throughout the school. They “come together to make space, create community, and advocate for the much-needed change we need to achieve here at Ross,” Bell said. He also discussed various schoolwide DEI activities taking place this year, including community conversations, a speaker series, unconscious bias training, and allyship training.

Associate Dean for DEI Carolyn Yoon reviewed some of the ways Michigan Ross has expanded DEI efforts in academics, including several new courses related to DEI topics. She also noted that the school’s faculty members are increasingly conducting research into DEI-related issues. “Over the past few years, we've seen a marked increase in the research activity by Ross faculty,” she said. “Notably, every area of study within Ross is represented, and we expect to see reports of an even greater increase in DEI research in the current academic year.”

WATCH THE FULL CEREMONY
The award recipients spoke briefly about their research as part of the ceremony. The 2022 award winners and their projects are:

Sheikh-Khalil studied the growing phenomenon of closures among hospitals and hospital departments, which can directly impact the health of the local community. She found that counties considered the most vulnerable suffered a higher rate of closures of hospitals and emergency departments. She also considered various demographic factors, concluding that Black and Hispanic populations saw higher likelihood of such closures.

“Communities of color and poor communities, on a variety of socioeconomic metrics, are the ones who are being impacted by this trend,” she said in her presentation at the ceremony. “The question arises, what are we going to do to make sure that if these closures actually do reduce access to care, that the people who live in these communities aren't being harmed by this trend?”

Ó Foighil studied how to improve gender diversity on corporate boards, specifically looking at companies in the S&P 1500 that are “interlocked” by having a director serving on multiple boards. He found that if a particular board is less diverse than the other boards its members serve on, that board has an above-average likelihood of electing a woman director.

Hurst did not attend the ceremony, but Bell described his work as “a really interesting analysis of how socio-political statements from organizations happen in a space where there's a crisis, particularly when related to white supremacy.”

Hurst studied the effect of a polarizing event — specifically, the “Unite the Right” rally in Virginia in 2017 — on organizations with different political leanings. “Interestingly, organizations that normally would either be neutral or even not pro-diversity, were more likely to be pro-diversity in their hiring process and in their recruitment process, particularly when candidates coming through were also pro-diversity,” Bell said. “Organizations and firms that were there didn't want to be associated with that (the rally).”

Huang began by noting that hate crimes against individuals are common when people unjustly blame an entire group or class for events such as rising economic competition, a terrorist attack, or a public health crisis, citing the murders of Vincent Chin and Balbir Singh Sodhi in 1982 and 2001, respectively. And as anti-Asian hate crimes have been rapidly rising, particularly in the last two years, politicians have used stigmatizing language (e.g. former President Trump's usage of 'Kung Flu') to describe the pandemic, and media outlets have used dehumanizing images of Asians in their coverage of COVID-19. Huang and Lee Cunningham’s research examined how the increase in anti-Chinese sentiment has led to consumer discrimination against Asian American-owned businesses.

“Consumer boycotts can act on superficial angles, and this can create collateral damage for minority-owned businesses, small businesses, and marginalized communities,” Huang said. The research comes as a stark reminder to public officials, business leaders, and the media to avoid creating stigma around major events due to the range of social, economic, and even physical harms that this can create for American minority communities.

Omartian and his coauthors, including Michigan Ross PhD student McKenna Bailey, studied how companies report required performance data on gender pay gaps in the U.K. While the disclosures are designed to shame companies into improving equity for women, they can only be effective if employers are compelled to report truthfully. The research found reason to question the reported numbers, such as 5% of the results being mathematically impossible, and a striking number of companies reporting the exact same pay for men and women.

“It seems that misreporting is really common,” Omartian said. “Public disclosure as a mechanism to get companies to improve may not be as effective as possible if we don't have some more enforcement mechanisms in place.”

Sytch and his co-authors studied more than 700,000 inventors in the U.S. over a period of 20 years, finding that in many regions, female inventors are less likely to be in the core of their regional networks — that is, the central part of the network that gives significant private advantage. In particular, inventors located in the core of the regional networks were 30% more likely to patent again, with their next patent coming on average 7.5 months sooner. The researchers looked for ways to break this inequality — in particular, by bringing inventors together in newly introduced patent libraries for networking events.

“Our study is of patent libraries, but the implications of it extend to other types of shared contexts that can help marginalized groups build better networks,” Sytch said. “Our main takeaway is that, in order for shared activities to reduce inequality, we need to encourage participation by diverse social groups and stimulate their feeling of belonging; and place these activities in regions in which there is already a nucleus of participants from marginalized social groups in prominent network positions, while encouraging those individuals to participate.”

“We try to understand each other in equity analytics. So what we do is try to document disparities in the world. We want to attribute those gaps to processes that we view as equitable or inequitable,” Rider said. “We then try to design interventions to close the gaps we see as being inequitable, but preserve elements that we think are fair. In other words, we're trying to understand the world.”

“Our challenge in this class is to understand when systematic means of disparity are fair or unfair, and also recognize that sometimes luck is really important. This is what we do in the class: Try to understand data generating processes so that we can design more informed interventions to close gaps, to help the world become a little bit more equitable.” 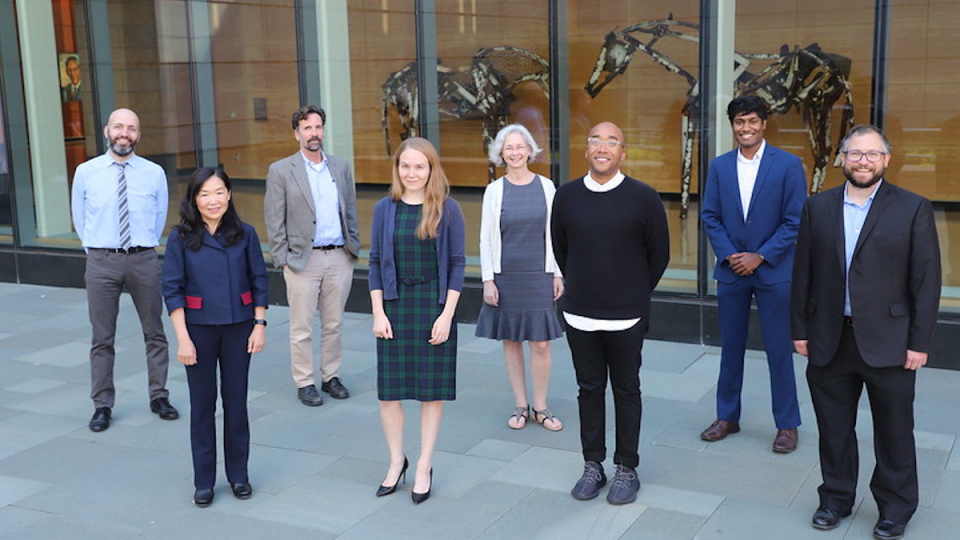 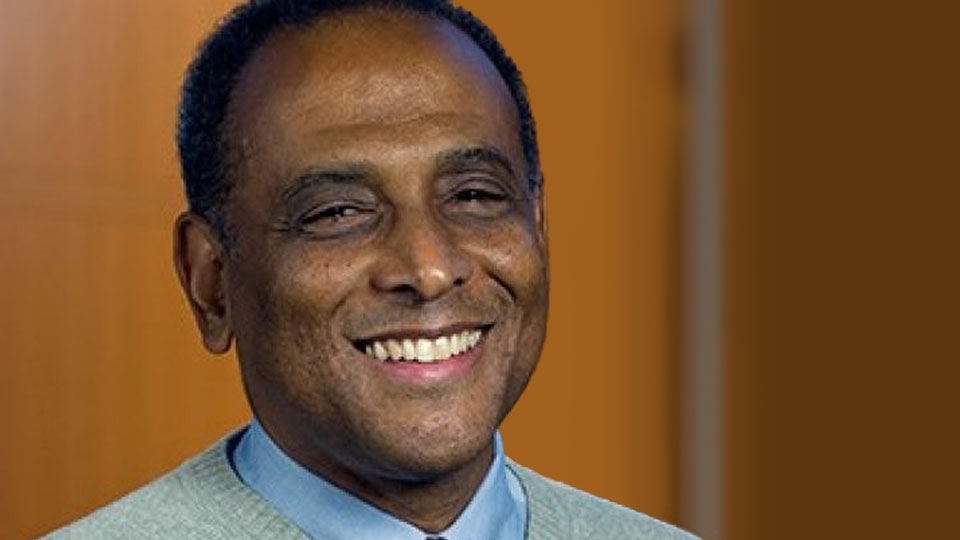 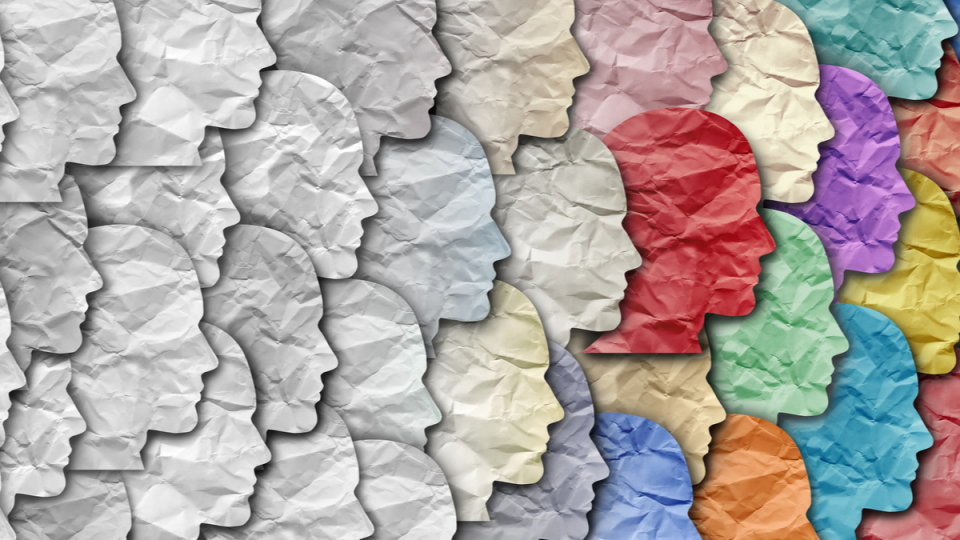